InnovaFeed (France) and ADM (US) are planning to build the world’s largest insect protein plant in Illinois (US).

The French biotech company and the US grain processor and trader announced these plans on Thursday. The announcement comes amid rising global grain prices and tightening supplies. Insect protein is gaining popularity as a sustainable alternative to fishmeal and other high-protein feeds as increasingly more companies focus on reducing their carbon footprints.

The plant, which will be constructed in Decatur, Illinois, is set to produce 60,000 tonnes of animal feed protein yearly from the highly nutritional Hermetia Illucens, also known as the black soldier fly, along with 20,000 tonnes of oils for swine and poultry rations and 400,000 tonnes of fertiliser, the companies said in a release. The construction of the facility is planned for next year, pending approvals and permits.

“We are very pleased to launch this ambitious project, working alongside ADM and Illinois state partners as InnovaFeed expands to provide sustainable solutions to meet the fast growing demand for insect feed in the US and worldwide,” said CEO and co-founder of InnovaFeed Clement Ray. The facility is set to contribute to a more sustainable industry in more ways than one, as the facility, which will be built adjacent to ADM’s massive corn processing complex, will utilise corn by-products as feed for the insects, as well as waste heat and steam from the corn processing plant. According to the companies, the collaborative scheme will emit 80% less CO2 than a standalone facility would.

“At a time when the demand for animal feed protein is steadily increasing, insect farming stands out as a true solution for the future,” said ADM senior vice president and president of the company’s Carbohydrate Solutions business Chris Cuddy. “We’re excited to work with InnovaFeed on this ambitious project, which further expands our participation in the growing market for animal food and feed that comes from responsible, sustainable sources.”

In a statement, InnovaFeed said that “ADM Decatur’s corn-based co-products will be recycled locally to feed insects through infrastructure connected to the site. This production model will also allow InnovaFeed to use 27MW of residual energy recovered from the ADM process, energy that was not previously recovered.”

The companies did not disclose the amount they would invest in the Decatur project. 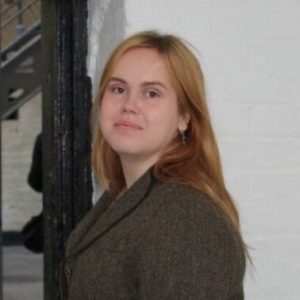 The first cricket farm is launched in Russia