Feed businesses are scrambling to make the most of an as-yet untapped protein source for livestock: insects. They can take food waste and turn it into a feedstuff – but regulation and commercialisation remain barriers to their widespread use, as former MultiBox executive James White recently explained.

Using insects to convert waste into protein for animal feed is both very efficient and potentially profitable but in many parts of the world regulation still stands in the way. Despite that, a range of start-ups around the world are trying to commercialise the practice and many regulators around the world are looking at ways to allow the practice. It is potentially a big win. Food waste is increasingly viewed by the public as a problem that needs to be tackled, while there is also growing criticism of importing soya to feed livestock.

One company trying to capitalise on this potential is Multibox. Based in Cirencester, in the south-west of the UK, it is committed to becoming the world’s lowest-cost producer of insects from vegetable crop and vegetable manufacturing waste. It places great value on assured standards and will adhere to a range of ISO ratings to build trust in what is essentially a new industry. “Governments and companies around the globe are racing to develop an insect feed,” says James Wright who worked with Multibox until recently. “At the moment it’s legal for use in pet food or aquaculture, and from next year it will be legal for use in poultry [feed] as well. You can use the fats today but from next year it will be the proteins as well – it’s incredibly exciting.”

Work has also been done to examine whether insects could act as a vector for some pathogens but the research suggests that they do not – another “incredibly exciting” development, Wright adds. In finding a suitable feedstock, Multibox looked for a plentiful source of a waste product that had the nutritional profile required to feed insects and was close enough to the company’s ultimate customers – at present the aquaculture industry. Brewer’s grain, a waste product, was identified as an ideal material to start with.

Like most other similar companies, they focused on producing black soldier fly and harvesting the larvae for animal feed. Compared with fishmeal, the resulting product is similar in protein and nutritional content. “Not only is it a more sustainable alternative but it’s comparable in nutrition to the status quo. The problem is that at the moment there is no one producing at scale – although a significant amount of money is invested in the insect farming industry, about £480m (US$ 617m) last year, no one has built a full-size factory yet.”

Multibox has the UK’s largest insect farm and is able to produce 400kg a week. 2 companies, France-based Ynsect and the Dutch firm Protix are also producing commercial volumes of insect protein. “We’re still talking between US$ 800-1,500 a tonne. When you compare that with the price of soya, it doesn’t quite stack up yet – but with fishmeal it does.”

Other issues with this nascent industry have been finding staff – there are few people outside of academia who understand how to run an insect plant. They also compete for substrate with anaerobic digestion plants – and often need to be sited geographically close to one another. Ammonia control can also be difficult, with insects producing a “vast quantity” of frass – or excreta – that needs careful management.

Given all these challenges, what are the opportunities?

Wright says that given there are about 50 companies actively trying to commercialise insect feed and that about 6,000t of insect protein was produced last year (compared with nothing in 2010), there is huge interest in the sector. Rabobank has estimated that by 2023 the insect protein industry will be generating revenues of £4.8bn (US$ 6.17bn) worldwide. “To go from almost zero in 2010 to £4.8bn, that’s an enormous amount of money.”

For the poultry industry, Wright says the applications are threefold. While you can’t add insect meal to diets, you can use whole insects as an enrichment. Next year, once the law changes, it should be possible to add black soldier flies to feed. One aspect of the work done was to supplement flies’ diets with copper which, when fed to pigs, reduced the need for additional supplementation. Similar work could reduce the need to supplement poultry diets. A final point for consideration might be to develop a niche brand which advertises the fact that insects are used as a feed, making the most of its sustainability criteria.

How much waste could be re-used?

In the UK, for example, the charity WRAP estimates that about 10 million tonnes of food are wasted in UK households, hospitality and foodservice, food manufacturing, retail and wholesale. Assuming a 20% food conversion ratio, this could yield about 1.8 million tonnes of insect meal a year. According to The Insect Biomass Industry for Animal Feed, a single commercial insect farm has a potential annual output (and further scalable capacity) of 5,600 kt of meal, 2.8 million litres of oils and fats and 21 kt tonnes of soil conditioner.

Up until 1998 you could use any processed animal protein in food production (PAP). The BSE crisis meant legislation was introduced preventing the use of PAPs in Europe and, as a by-product of that, insect proteins were banned as well. The reason for this is that under EU legislation insects are classified as livestock – meaning rearing, breeding and slaughter are covered under welfare acts applying to farmed animals. That is slowly changing in the EU, with insects now approved in aquafeed (see table). 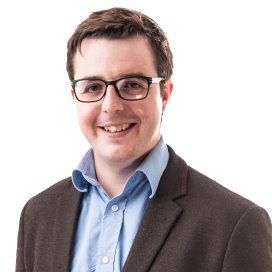 Funding in the animal microbiome