Using trees as a soy alternative for salmon feed

At the last Global Forum for innovations in agriculture (GFIA) which took place in Abu Dhabi, Professor Margareth Øverland presented her innovative research focused on partially replacing fish meal in the diets of farmed fish by a yeast created from coniferous trees.

Margareth Øverland is a Professor in Animal Nutrition at the Norwegian University of Life Sciences (NMBU), Ås, Norway. “We have several main research focus areas at the NMBU and we have been chosen to host the new Centre for Research-based Innovation (CRI)-Foods of Norway,” she explained in her talk at the GFIA. Foods of Norway aims to increase value creation in the Norwegian aquaculture, meat and dairy industries by  developing novel feed ingredients from natural bio-resources and by improving feed utilisation through the industrial exploitation of cutting-edge research on processing and (bio)technology, nutrition, health, genetics and food quality. Foods of Norway officially opened on 1 September 2015 and will run for a period of five (and perhaps an extra three) years after a mid-term evaluation. The centre is funded primarily by the Research Council of Norway and through contributions from a number of its industry partners. “We work with five international partners from Europe, Australia and the USA, plus 14 industry partners representing blue and green value chains,” Øverland explained. 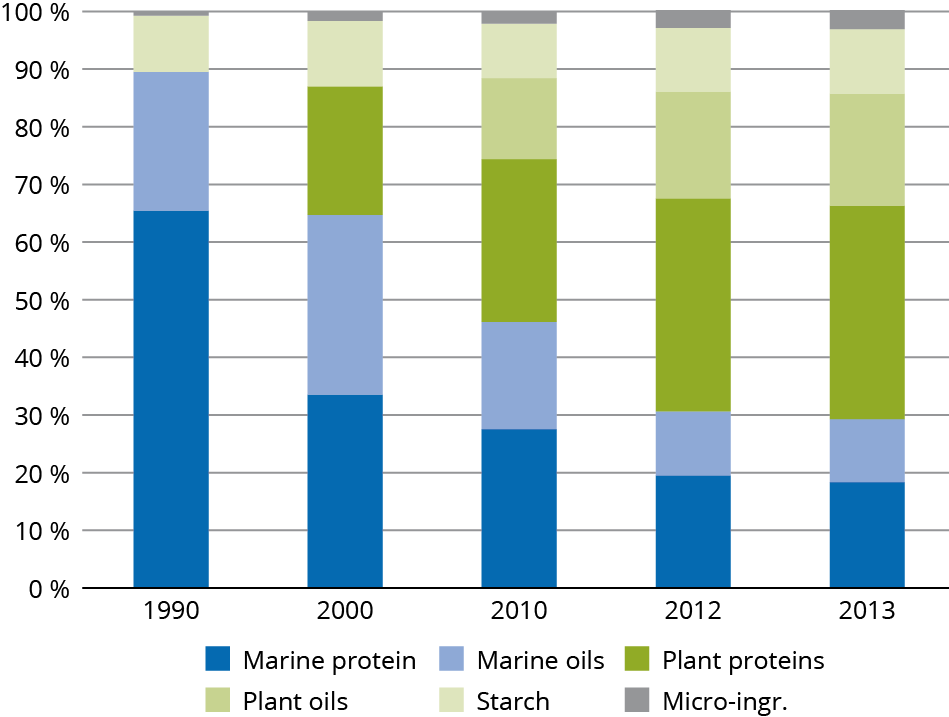 In her presentation, Øverland further explained that aquaculture is expanding to meet world’s fish demand (Figure 1). Production of farmed fish in Norway reached 1.3 million tonnes in 2013, with a potential of 5 million tonnes by 2050. At the same time, the composition of salmon feed changed from 1993 to 2013, with marine proteins being progressively replaced by plant proteins (Figure 2). Øverland: “In 50 years from now, the world population will require 100% more food, and 70% of this food must come from efficiency-improving technology. We have set up a project for this, called ‘trees to feed concept’. The idea behind this is that natural and widespread coniferous forests, notably Norwegian spruces across Norway, can be converted into yeast to be used as fishmeal replacement. Many fishmeal replacements have been examined in the past, i.e. a variety of plant ingredients,  including soy and algae – some of which are currently in use. But this is the first time that trees are being studied.”

Margareth Øverland is Professor in Animal Nutrition at the Norwegian University of Life Sciences (NMBU), Ås, Norway. She is currently the Research Director for the Centre for Research-based Innovation, Foods of Norway. Previously she was Director of the Aquaculture Protein Centre, a Centre of Excellence hosted by NMBU. Ms Øverland holds a Doctor of Science degree from NMBU. She has a Master’s of Science degree in animal nutrition and a Bachelor of Science degree from Montana State University in Montana, USA. During her doctoral work, she also spent two years at the University of Minnesota, USA. She has experience working as a researcher at Norsk Hydro, a large industrial company in Norway. Margareth has a particular interest in the use of microbial ingredients, as they represent a sustainable feed resource for future aquaculture and animal feeds. Her current research focus is to develop novel feed ingredients for fish and farm animals. The production of high-quality, novel feed ingredients will be based on renewable natural resources, combined with advanced biotechnology.  She can be contacted at: margareth.overland@nmbu.no

As well as understanding how trees can be converted into yeast to create feed, the ‘Foods of Norway’ project also aims to upgrade the nutritional value of many local products, such as farmed brown macro algae, through the use of fractionation and biorefinery. Øverand estimates that the eight-year project is likely to cost around NOK 211 million (€28 million). NOK 96 million (€12 million) of this is to come from the Research Council of Norway and the rest from industry partners and the NMBU. Although the feed being created is relevant for a vari-ety of fish species and some terrestrial farmed animals, Øverland stressed that the project will look specifically at Atlantic salmon, which is the most farmed species in Norway. Many species of trees could be used to make fish feed, but it is the fibres of coniferous trees that make it special, explained Øverland. Other species of trees would require different pre-processing technologies in order to convert the tree’s fibres into fermentable sugars for the production of yeast biomass.

Use of enzyme technology

To create the yeast from coniferous trees, heavy technology based on thermo-chemical processes is needed to break down the tree fibres into the main constituents – lignin, cellulose and hemicellulose, explained Øverland. Enzyme technology is then used to convert the cellulose and hemicellulose into sugars. Lastly, through the use of special yeast strains, as well as down-stream processing biomass, fermentation technology is used to produce yeast that is a high-quality, protein-rich feed ingredient for fish. The research also suggests that, by using other yeast strains that accumulate high levels of lipids, these yeasts can then also replace some of the lipid content in fish feed. 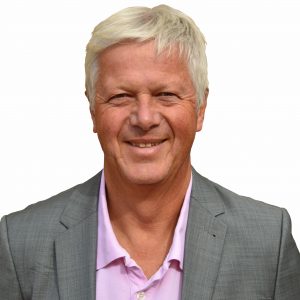 Aquafeed market outlook: Asia and beyond