Beat the heat in poultry production 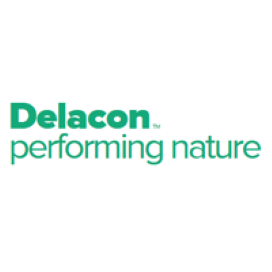 Hot, hotter, heat stress. Climate change with its rising temperatures is increasingly becoming an intense stress factor in animal production. In the summer months, outside temperatures can quickly reach highs of over 35°C – this means it can get hot in the poultry house.

Modern broiler breeds have a continuously increasing growth rate and feed efficiency, which coincides with a reduced heat tolerance. Housing broilers at high ambient temperatures adversely affects performance, intestinal integrity, immune response, and meat quality. In order to avoid heat-related performance losses, it is advisable to apply some nutritional practices, such as the addition of phytogenic feed additives, alongside other management practices to alleviate the negative consequences of heat stress.

Counting the cost of heat stress

Heat stress is an important environmental challenge for the livestock industry, especially in newly industrialising countries in the (sub)tropics. In the US, the costs of heat stress amount to more than US$ 160 million  per year. The condition of heat stress occurs when animals are unable to lose their body heat due to high ambient temperature in combination with high relative humidity, resulting in unfavourable consequences that range from discomfort to increased mortality. The impact of heat stress depends on several factors including age and genetics, health status, nutritional status, and rearing conditions.

Changes in the animals’ behaviour

Heat stressed animals change their behaviour and physiology to dissipate heat and maintain body temperature. Especially reduced feed intake is one of the first noticeable consequences of heat stress. Commercial broilers are particularly susceptible to heat stress, as their metabolic heat production is relatively high compared to other livestock.

Housing poultry at high ambient temperatures in combination with high humidity not only impairs production performance but also has negative effect on intestinal integrity, immune defence and meat quality. Inside the animal’s body, heat stress challenges the antioxidant defence systems and reduces the intestinal integrity.

Heat stress as a performance brake

Dry heat or a combination of high temperatures and high humidity causes a variety of behavioural, physiological and immunological changes in poultry. Thus, there are short and long-term negative effects on the immune system, as well as on the welfare, productivity and ultimately health of the animal. The reduction of feed intake is one of the first notable effects of heat stress in poultry. This reduction in feed intake during heat stress accounts for around 90% of the reduced weight gain. In acute stress situations, the synthesis of corticosterone, adrenaline and noradrenaline is also increased, resulting in enhanced muscle activity, increased respiration and blood glucose levels.

These increased plasma cortisol levels stimulate muscle breakdown and lipid peroxidation in muscle tissue, which is reflected in high levels of malondialdehyde (MDA) in the breast muscle of broilers, for example. In addition, the released stress hormones reduce the release of steroids and gonadotropins, resulting in reduced follicular development in hens. Moreover, studies show that the synthesis and release of vitellogenin, which is necessary for the deposition of egg yolk, is suppressed during heat stress. Also, the activity and efficiency of lymphatic organs such as bursa, spleen and thymus are impaired, resulting in impaired immune response in poultry. Furthermore, it has been shown that hyperventilation or ‘panting’ to dissipate body heat leads to an increased release of CO2, which is necessary for the synthesis of calcium carbonate for egg shell formation. Heat stress has also been shown to increase blood pH and disturb the acid-base balance. This change in the acid-base balance can have negative effects on cardiac muscle activity and bone density.

In addition to the optimisation of feed composition and structure, several (classes of) feed additives have been investigated to mitigate (the consequences of) heat stress. The efficacy of such additives is mainly directed towards their antioxidative effect. Heat stress in particular, induces oxidative processes in enterocytes, as described earlier. Increased amounts of dietary antioxidants, such as a combination of vitamins A and E, are able to reduce lipid peroxidation during heat stress. Furthermore, the addition of vitamin E improves the immune response of heat-stressed broilers.

Moreover, the non-essential amino acid glutamine has also been shown to increase the expression of HSP70 in the jejunal mucosa after acute heat stress, thus protecting it from oxidative stress, in addition to improving growth and meat quality.

Although the effects of nutrient concentration on the heat load of broilers are limited, an increased nutrient concentration of the feed, for example in the form of high-quality pellets, can also reduce the energy necessary for nutrient uptake. In addition, by limiting excess protein and optimising the amino acid profile, the metabolic energy costs associated with excess nitrogen excretion can be minimised. However, the optimal amino acid profile for heat stress conditions is not yet known.

Keep cool with the power of nature

Phytogenic feed additives (PFAs) are a valuable tool to meet current and future challenges in animal production. Many plants (e.g. thyme, oregano) and their active substances show effects that can maintain intestinal integrity and support the antioxidative capacity of the body, especially under heat stress. These mechanisms lead to the maintenance of a normal health status so that the bird can fully exploit its genetic potential.

Besides limiting the oxidation-inflammation cascade, assorted essential oils have been shown to stimulate heat shock proteins that significantly contribute to the preservation of the intestinal barrier by inducing repair processes and improving cellular defence mechanisms. Moreover, it was shown that assorted pungent substances and essential oils have the ability to enhance the secretion of digestive juices and to stimulate nutrient transport from gut lumen to bloodstream, resulting in improved feed conversion. Additionally, assorted phytogenic ingredients support feed intake and nutrient digestibility and thus maintain high performance even during periods of heat stress.

A phytogenic feed additive (Biostrong Comfort) containing essential oils, flavonoids and pungent substances, spices and saponins has shown to improve the performance of broilers under heat stress conditions (Figure 1). A study conducted on 576 broilers (6 repetitions of 32 birds each; duration 42days) showed an increase in body weight of 5.2%, an increase in feed intake of 2.1%, and a reduction in FCR of 2.0% under cyclic heat stress conditions (8h at 32°C, 12h at 26°C, plus daily adjustment times; day 1-42 of age).

In terms of improving digestibility and performance even under heat stress, phytogenic feed additives have the potential to become a new generation of feed additives for innovative animal nutrition and welfare. They should be a decisive instrument to counteract heat stress and thus contribute to profitable animal production.

For more than 30 years, Delacon has been dedicated to its vision to unlock the plant universe for better lives. Serving this purpose, the company manufactures plant-derived solutions for the livestock and aquaculture industry. Using the power of nature, the aim is to provide highly effective and safe solutions to maximise feed efficiency. Today, they are known worldwide under the term « phytogenics », and Delacon is recognised as the globally leading expert in this field. More about Delacon

Dairy management: It’s all in the feed

For more than 30 years, Delacon has been dedicated to its vision to unlock the plant universe for better lives. Serving this purpose, the company manufactures plant-derived solutions for the livestock and aquaculture industry. Using the power of nature, the aim is to provide highly effective and safe solutions to maximise feed efficiency. Today, they are known worldwide under the term « phytogenics », and Delacon is recognised as the globally leading expert in this field. More about Delacon