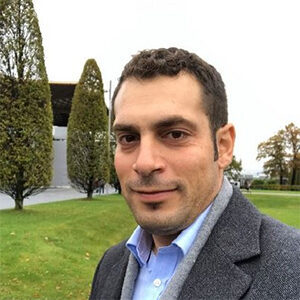 Dairy nutrition and precision feeding can prohibit metabolic diseases which, in my opinion, remains the number one reason for lower production on-farm.

Metabolic diseases are often associated with incomplete or zero nutritional strategies based on farm individuality, nutritional imbalances, and micronutrient deficiencies, which then leads to lower productivity, fertility, milk production and overall farm profitability.

Here are some nutritional tactics that could prevent the negative impact of metabolic disorders:

Ketosis is a metabolic disease and occurs mainly in the first phase of lactation due to a negative energy balance, which is progressive and starts in the early transition period. In this period, cows are under subclinical ketosis (SCK) with low appetite and thus lower DMI. Negative energy balance (low propionic acid production in the rumen) is the reason to mobilise body fat in the liver to support this energy gap. Thereafter, production of non-esterified fatty acids (NEFA) increases blood ketones. Milk and urine ketones levels should be lower than 5mg/100ml. Ketosis can be well managed through balanced nutrition in transition period considering some key supportive ingredients:

CIRCULAR AGRICULTURE – special focus
With global warming and a growing population to feed, the development of a sustainable form of food production is vital. The use of by- and waste products as animal feed not only helps reduce waste land-filling and burning but also holds nutritional benefits for the animal. Find out more…

But what really happens when a cow under SCK manages to go through phase A of lactation?

SCK delivers the baton to subclinical ruminal acidosis (SARA)! SARA caused by high accumulation of volatile fatty acids (VFA) in the rumen and its often observed in early and mid-lactation. SARA can turn into a syndrome (Ruminitis – Laminitis) with a very negative impact on animal health, welfare and overall productivity.

Because it is subclinical, we need to overview and observe cows in the barn as well as their feed ration on a daily basis looking very closely at the parameters below:

Hypocalcaemia often presents during calving with most of the cases shortly after parturition (very rare for heifers). This is due to rapid increase of calcium requirements to support colostrum production. An average cow produces 8-10L of colostrum which contains more than 20g of calcium. When blood calcium levels drop lower than 5.5mg/100ml (normal is 10-12mg/100ml), calcium is not adequate enough to supply the muscle tissue forcing the cow to lay down enabling other complicated metabolic disfunctions including lower rumen mobility, low appetite, dystocia, uterus prolapse and metritis.

Calcium nutrition can’t stand alone in feed rations because calcium bioavailability is highly dependant on other macro minerals and has to maintain a balance mainly between phosphorus (P) and magnesium (Mg). Grass-fed cows are more susceptible to such incidents as fresh grass can produce in-soluble ammonium salts with magnesium, significantly reducing Mg bioavailability (Blood Mg <2mg/100ml).

I would suggest to cross-check a recipe’s Ca:P:Mg ratio and Na:K ratio along with other nutrient analysis of feedstuffs. Rule of thumb for transition cow nutrient management is macro mineral balance, increase use of anionic salts (when needed) and do not underestimate the role of vitamin D3!

Metritis can follow in cases with placenta retention (usually within 24h of calving) caused by several reasons, including dystocia, poor dry cow management, low blood concentration of hormone – PGF2, nitrates and mycotoxins presence in the feed. There is a connection between feed energy:protein ratio as well as Ca:P:Mg imbalances and low supplementation of A, D3 vitamins together with low antioxidants (Selenium and vitamin E).

Udder oedema could be painful and depress cow welfare. It is more likely to be seen in 1st lactation and mainly due to increase use of concentrates and Na:K imbalances in dry period feed ration. It could be a potential risk factor for the development of clinical mastitis and treatment should be considered of high importance. A combination of diuretics and corticosteroids can be used as first step.

All the above metabolic dysfunctions negatively affect calving intervals and those cows are more likely to develop ovarian dysfunction as well. Older and over-conditioned (BCS >3.5) cows tend to experience ovarian cysts more frequently than heifers.

There is no nutritional treatment better than keeping a proper dry cow nutritional management and the utilisation of hormone therapy.

All of the above metabolic disorders and reproductive dysfunctions consequently affect return on investment per cow. Balanced rations can control metabolic phenomena and prevent dairy units from often unseen profit consumers. Remember it’s not about how much we may have already invested into cow nutrition but when and how much the final return on it will be.