How to identify the best organic selenium source? 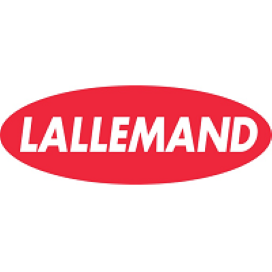 It can be tricky selecting the best organic selenium source, as there are more and more products on the market with different specifications and prices. Assessing selenium bioavailability through transfer rate is a major quality criteria.

Nutritionists are aware of the benefits of feeding organic sources of selenium (Se) to animals instead of inorganic sources. However, when it comes to selecting the best organic Se source, it can be tricky as there are more and more products on the market with different specifications and prices. Organic Se is a generic term that covers sources of Se whereby the Se atom is chemically bound within an organic molecule as it is in nature (in plants and animals). This is not the case with mineral Se sources.

Until recently, Se-enriched yeast was the only organic Se source available on the market. It has been authorised for use in feed in the EU since 2006. Yeast enriched with Se imitates what happens in nature: plants use inorganic Se from the soil and incorporate it within amino acids. The Se atoms replace a sulphur atom within certain amino acids to form “seleno-amino acids”, for example, selenomethionine (SeMet) and selenocysteine (SeCys). The principle is the same with yeast. When adding an inorganic source of Se during fermentation, the yeast cells incorporate it as organic seleno-compounds.

Numerous studies have demonstrated the benefits of Se-enriched yeast in terms of bioavailability and efficacy when compared to inorganic Se.

When assessing the bioavailability of a Se source, the criteria considered the most relevant is the transfer rate. It takes into account the Se concentration of a tissue, the weight of this tissue, as well as the feed intake level of the animal and the Se concentration in the ration.

A study in broilers comparing different sources of Se-enriched yeasts, fed at the same level, has shown a difference in terms of Se transfer rate (Figure 1). All the Se yeasts tested followed similar specification: 2,000-2,400 ppm total Se, of which > 63% is reported as SeMet. However, some products differ in their visual aspect and sample analyses sometimes indicate SeMet contents below 63%.

Alkosel is an inactivated Se-enriched yeast with a high SeMet content (>63% of SeMet) and a light colour, showing the highest Se transfer rate in the study: 49.4%.

Recently, synthetic organic sources of Se have entered the market, such as SeMet. These are produced by chemical synthesis. In contrast to Se-enriched yeast, which contains different seleno-amino acids, synthetic organic Se sources consist of a single seleno-amino acid (i.e. SeMet), either pure — as hydroxy-analogue — or as a chelate with zinc (Zn)

This comparative study confirms previous benchmarking studies with dairy cows (Barbé et al. 2019), and laying hens (Barbé et al. 2017), showing that high quality Se-enriched yeast (>98% organic Se) gives highest transfer rate as compared to synthetic organic Se sources (>98% SeMet). It also indicates that SeMet may not be the only important compound for Se metabolism in animals. Indeed, analyses have shown that, besides SeMet, the Se-enriched yeast Alkosel contains other forms of organic Se, such as SeCys.

The combined presence of SeMet and other organic Se compounds could offer optimal balance for Se uptake and utilisation by the animal, explaining its superior bioavailability compared to the other sources of Se tested.