Leaky gut and inflammation in animals 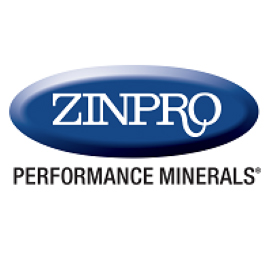 The gastrointestinal tract is among the largest immune organs in the body, responsible for up to 70% of the animal’s immune response activity. Thus, optimal gut health is vital to production animal performance. Performance trace mineral supplementation and good management can help to achieve this.

One of the responsibilities of the gastrointestinal tract is to digest and absorb nutrients via small finger-like projections called villi. Villi significantly increase the gut surface area, so there is more efficient nutrient absorption into the bloodstream. But another critically ­important job of the gastrointestinal tract is to act as a barrier.

The gastrointestinal tract lining is comprised of a layer of epithelial cells. These cells are bound together by complex protein structures called tight junctions, and their role is to hold the cells together. This creates a barrier that prevents bacteria, pathogens and their toxins from passing between the cells of the intestinal lining and entering into the bloodstream. Maintaining gastrointestinal tract epithelium integrity is important to prevent pathogens from invading the body. However, there are times when the tight junctions malfunction, resulting in a condition called leaky gut.

How leaky gut leads to inflammation

Leaky gut is a condition in which the small intestine lining becomes damaged, allowing molecules such as bacteria, pathogens and their toxins to pass in between epithelial cells, resulting in cell damage or inflammation of the intestine. Once the bacteria, pathogens or their toxins pass between cells, the immune system recognises them and triggers an immune response to destroy and remove the invaders. This inflammatory process and immune system activation consumes significant amounts of nutrients. While an appropriate inflammatory response is necessary, excessive or prolonged inflammation can become detrimental to the animal. Animals suffering from chronic, prolonged inflammation may be unable to mount a successful immune response in the future. Chronic inflammation pulls nutrients and energy away from other key functions within the animal such as growth, reproduction, and meat, milk, or egg production. For example, a cow undergoing an inflammatory response uses more than 1kg (2.2 pounds) of glucose for energy during the first 12 hours. This energy could have been used for production. Based on this loss alone, improving an animal’s inflammatory response should remain a top priority.

Minerals such as zinc can strengthen the bonds between the epithelial cells in the gastrointestinal tract, helping to maintain the tight junctions during a challenge. Illustration: Zinpro

Various research studies have shown that weakening of the tight junctions in the gastrointestinal tract becomes more serious when a zinc deficiency is present. Zinc is important for the formation of structural components of tissues, molecules and epithelial cells present in the intestine. There are 2 avenues through which zinc mitigates inflammation caused by leaky gut. Firstly, it strengthens the bonds between the epithelial cells in the gastrointestinal tract, helping to maintain the tight junctions during a challenge, and decreasing the occurrence of leaky gut and related intestinal inflammation. Secondly, zinc enhances the white blood cell population in the animal. So when a challenge does occur, the immune system can respond in a more rapid and robust manner.

Livestock producers should pay more attention to leaky gut, inflammation and the immune system. We know antibiotics have been used, predominantly, to help prevent and treat illnesses in animals. With more restrictions on the use of antibiotics, health conditions such as leaky gut and intestinal inflammation will likely become a more prominent production challenge within livestock and poultry operations. One mitigation strategy is management. As the industry reduces antibiotic use, producers will need to rethink their best management practices. This may include reducing stock density in the barns and implementing more detailed sanitation procedures. Another mitigation strategy is to include performance trace minerals in the animal diet. Supplementing animal rations with performance trace minerals such as zinc from Availa®Zn can help ensure animals are consuming the optimal trace mineral nutrients they need for a robust immune response and continued production performance. Not all trace minerals are created equal. Peer-reviewed research demonstrates that Zinpro Performance Minerals® help fortify the immune system, providing a more robust and balanced immune response compared to feeding either inorganic or organic trace minerals. This helps animals recover faster, while minimising economic losses.

Zinpro Corporation pioneered the research and development of organic trace minerals to improve animal wellness and performance more than 45 years ago. As a family-owned, privately-held company, our steady growth has come as a result of quality products, quality people and a focus on one thing: trace mineral nutrition. Today, the company has regional sales offices located in nine countries and markets its products in more than 70 countries worldwide. More about Zinpro

Zinpro talks about growth amid challenges in North Asia

Zinpro Corporation pioneered the research and development of organic trace minerals to improve animal wellness and performance more than 45 years ago. As a family-owned, privately-held company, our steady growth has come as a result of quality products, quality people and a focus on one thing: trace mineral nutrition. Today, the company has regional sales offices located in nine countries and markets its products in more than 70 countries worldwide. More about Zinpro