Mind the gap! Where the science meets the industry 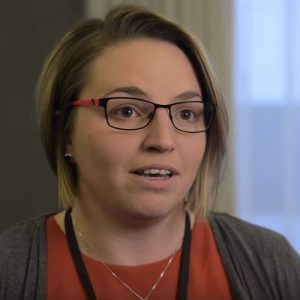 I often wonder if the rate of advancement of science and technology that we have seen in the past 20 years will continue at such a speed in the future. I remember when the thought of video calling seemed futuristic and now we do it by default to catch up with friends. Where will we be in 5 or 50 years? Sounds like a dreadful interview question, right?

If you allow me to develop that question some more, I would ask; where will the science be in 5 years and when should the feed industry follow? It is the natural flow that the science makes a move and the industry follows. Blue sky developments in science and technology give rise to ideas for ‘real-world’ applications in the industry.

Cost and value in common

Some notable highlights are advancements in breeding and nutrition allowing for improvements in animal performance. Artificial insemination has enabled the wide spread use of top genetics. The crop world has benefited from advancements in drought tolerance, disease and insect resistance. Precision animal nutrition is more achievable than ever with the advent of hand held NIR machines that allow for real time adjustment of ration formulations on farm. All of these successful examples of the science meeting the industry have 1 thing in common, cost and value. The nutritionists that are reading this do not need to be told that everything is driven by cost. The cost of the science must be lower than the value of the benefit obtained from these scientific improvements.

Insect protein in the headlines

There are some fantastic developments on the horizon for the industry. One that keeps grabbing the headlines is the production of insect protein for animal feed. This is a great example and one that would not be so surprising if it worked because the gap between the science and the industry is minimal; in fact we are already feeding insects, look at the aquaculture industry.

In terms of analytical techniques, next generation sequencing, the ability to determine the order of nucleotides within a DNA molecule, almost seems old these days and the cost of running such methodologies is decreasing due to rapid development. Imagine the speed of improvement in breeding if you already knew what the performance and health characteristics of an animal would be because you genetically screened it at birth.

Science is even considering how it can change the way crops photosynthesise. Crops such as maize, millet and sorghum photosynthesise using an evolved and more efficient ‘C4’ photosynthesis. If rice could be genetically improved to use C4 photosynthesis then yields could increase by 50%.

Advancement of animal and agricultural sciences

In the past I was some sort of hybrid between a farmer and a scientist, leaving me with a double perspective on the advancement of animal and agricultural sciences. It was a really interesting place to be but it often felt like the 2 were disjointed. Working in the industry allows for a similar half-way-house perspective, taking into account the science and the application. Anyone who has dipped their toe in the scientific world gets excited about the latest advancements, but in my opinion, the real excitement comes from the application of the science and the real skill is found when the 2 are brought together to produce industry relevant value. This skill was summed up perfectly by Professor Hank Classen from the University of Saskatoon, when speaking at the Inspire Forum hosted by AB Vista: ‘It’s great to do science. It’s even better to do science that is applicable’.

Back to our original thought. Will the advancement of science and technology continue at such a rate? I think that the answer is yes. We live in an accelerating world and with a little adaptation, understanding and investment; the feed industry can take full advantage of this.