The animal production industry is facing increased pressure from legislators and consumers to provide sustainable products. This creates new challenges.

Some challenges the industry is facing are supporting animal health and welfare while reducing one’s carbon footprint and improving production efficiency while reducing the use of antibiotics. Trace minerals such as copper (Cu), iron (Fe), zinc (Zn) and manganese (Mn), are essential micronutrients. They not only support growth performance, but are also needed for good development, fertility and health or immunity as well as ensuring the high quality of final products.

In commercial diets, trace minerals are often supplemented in inorganic form. This is an easy choice as legal limitations still allow high levels of supplements and they are generally inexpensive. Because of their limited bioavailability, however, high doses are needed to fulfil requirements. This often results in an imbalance of nutrients and environmental pollution. Supplementation with more bioavailable organic trace minerals such as B-TRAXIM® glycinates may offer a better solution to support sustainability. This choice makes sense for every stakeholder along the feed production chain right up to the end consumer.

Sustainability within the production chain

In premix production, organic trace minerals are a guarantee of safety from a health point of view. Inorganic minerals are often really fine particles with fractions under 100 microns that can cause lung damage if breathed in by the worker. With a larger particle size, glycinates from Pancosma are safer to use due to the absence of dust and they therefore contribute to the welfare of workers. As feed is by far the highest cost components in livestock systems, it is important to ensure that diets are formulated with an optimal return-to-cost ratio (RCR). Therefore, trace minerals that do not deliver an adequate return on investment, are the most expensive, regardless of cost. Studies suggest that binding Cu, Zn, Fe and Mn with amino acids and peptides can enhance the bioavailability of these trace minerals, thus leading to better overall performance such as improved milk production, growth, accumulation in tissues, reproduction and general health status in livestock. Moreover, this enhanced bioavailability allows a reduction up to 50% of dietary mineral supplementation to be achieved while maintaining performance. We can therefore expect that animals will easily achieve their genetic potential with minimal trace mineral supplementation and excretion. Although trace minerals do not directly affect quality parameters, they can still influence them. Iron influences the colour of beef meat. Cu, Zn and Mn as part of the antioxidant system, are important for cell integrity, notably after slaughter, to limit drip loss. In the dairy industry, a lower somatic cell count has been established with the use of organic Zn, resulting in more profitable milk margins and a safer product for the consumer. In the meantime, by meeting basic physiological needs, essential trace elements reduce the incidence of diseases related to trace element deficiencies and thus contribute to animal welfare. Finally, trace elements accumulate well in tissues, which is directly in line with the United Nations health programme, which encourages trace elements accumulation in meat products to meet particular needs of the population.

Achieving sustainability goals in livestock farming, needs to be a collaborative effort between policymakers, farmers and consumers. Measures taken now, act as an insurance policy for future generations, find out more…

Because of high supplementation, elements concentrated in manure are accumulated in the soil, where they may impose a medium or long-term toxicity risk to plants and micro-organisms. For instance, Zn will achieve a concentration of around 200ppm within 120 years, if slurry applications contained zinc are not reduced. Soil microbial activity and mass are adversely affected by even lower Cu and Zn concentrations in soils (30 to 50 and 100 to 200 ppm, respectively). Reducing the trace elements supplementation level is a key way to extend this timescale and thus minimise your environmental footprint. Organic minerals were designed to reduce antagonistic relationships within the gastrointestinal tract and thus increase the bioavailability of trace elements. Studies comparing the bioavailability of glycinate to sulphate have shown good results in favour of the organic source, while maintaining at least the same performance. In piglets 31.1% improved absorbability was found and in ruminants bioavailability was almost doubled in the presence of a strong antagonist. Consequently, less input also means less output. Due to this superior absorption, it is now possible to reduce the supplement dose and maintain or even increase performance.

Because of their high bioavailability, organic trace minerals can meet new challenges due to the legislation, in favour of reducing the input and output of minerals while supporting animal health and welfare.

In this context, as the pressure from legislation and consumers grows, organic trace minerals are becoming more and more relevant.

They positively support sustainability within the production chain as they bring safety to workers handling the product; they maximize the return on investment by reducing the expense of supplements and improving performance with lower levels of supplementation.

Finally, their bioavailability reduces the mineral environmental footprint by reducing output which causes soil pollution and long-term toxicity risk. As part of the feed industry, organic trace elements still have some challenges.

But, in the end, they play an important role in sustainability as they can help reduce farmers’ environmental footprint and lead to better quality products that are in line with public health regulations for end consumers while preserving the welfare of workers in the production chain. 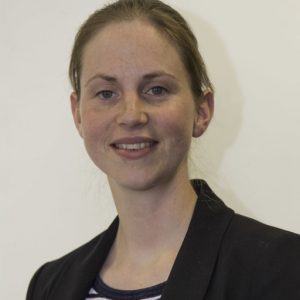 Insects as food vs feed to better combat global warming