Livestock production and food safety are strongly linked. Prevention of foodborne diseases, caused by Salmonella or Campylobacter, is the responsibility of the whole production chain. Nutritional approaches to prevent contamination later on, has been shown to be an effective solution to reduce the bacterial load.

In 2014, the EU monitored 32 European countries for foodborne diseases. As compared to previous years, Campylobacter continued to be the most commonly reported pathogen. Birds are more prone to pathogens because of their higher core body temperature, offering pathogens a perfect habitat. As birds are carriers not showing any signs of disease, controlling the spread of pathogens is even more challenging. Salmonellosis ranked second with more than 88,000 confirmed cases (23 cases per 100,000 population). Salmonella are gram-negative, non-spore-forming, motile bacteria, causing diarrhoea, vomiting and cramps in affected people. Due to strict control programmes, the incidence of salmonellosis is decreasing but still is an important issue. Again, poultry meat was more often affected than pork or beef (EU, 2015). Although contaminated pork is responsible for only 1% of all salmonellosis cases, Salmonella are one of the most important zoonotic pathogens transmitted by pork.

Meat can be contaminated at any time point in the food chain, from farm to the table. Nonetheless, in pigs Salmonella-infected animals entering the slaughterhouse are considered the main source for contamination of the carcasses. In fact, infected pigs are three to four times more likely to produce contaminated carcasses than non-infected pigs (Berends et al., 1997). Food safety lies in the responsibility of many people: the hatchery is involved as well as feed producers, farmers, slaughterhouses, retailers and the consumer himself. Responsibilities for the agricultural sector need to be taken in reducing the antimicrobial resistance for example. Isolates of Salmonella typhimurium may possess resistance to ampicillin, chloramphenicol, streptomycin, sulfonamides, and tetracyclines, while in Campylobacter jejuni tetracycline resistance genes were found (Abdi-Hachesoo et al., 2014; Briggs et al., 1999; Diarra et al., 2014). Consequently, resistant bacteria in animals can be transmitted to humans via food“ (WHO, 2015), endangering food safety greatly. Therefore, the industry is willing to reduce the use of antibiotics as growth promoters in livestock farming and is on the lookout for natural solutions. It is also a known fact, that stress increases pathogen shedding, hence reactivating subclinical infections and increasing susceptibility to new infections (Whyte et al., 2001; Hurd et al., 2002; Rostagno, 2009). As transportation to the slaughterhouse is a stressful event for animals, an increased pathogen shedding and therefore a higher carcass-contamination risk can be assumed (Driessen et al., 2013).

As aforementioned, food safety lies in the responsibility of many people. HACCP concepts help to identify risk factors at different stages of food production and to minimise them. For instance, feed producers can influence Salmonella prevalence in pigs by choosing the adequate particle size distribution.

On farm level different actions can be taken. Next to good biosecurity management, in-feed antimicrobials can be used but due to stricter regulations, the industry is on the lookout for new concepts. Consequently, functional feed additives like probiotics, prebiotics, or plant alkaloids are used to battle foodborne diseases. One of these are isoquinoline alkaloids (IQs), taken from a selected plant. IQs are known for their positive effect on gut health and hence animal performance. A trial was set up to study the negative effect of stress on food safety. Therefore, pigs were challenged with a Salmonella cocktail (108 CFU/ml) on day 0 and 9 of the trial (Artuso-Ponte et al., 2015).

Figure 2 – Cortisol levels were significantly (a,b; p < 0.05) reduced with the use of isoquinoline alkaloids (feed additive*).

It was confirmed that transportation is a stressful event for pigs and that IQs are able to lower stress levels in animals and consequently pathogen shedding and carcass contamination. Further trials proved the effectiveness against Salmonella in broiler chickens also (Pickler et al., 2013). But also in male Cobb 500 broilers infected with Campylobacter jejuni, IQs were able to improve body weight gain and pathogen counts compared to an infected, untreated control group (Figure 3 and 4). 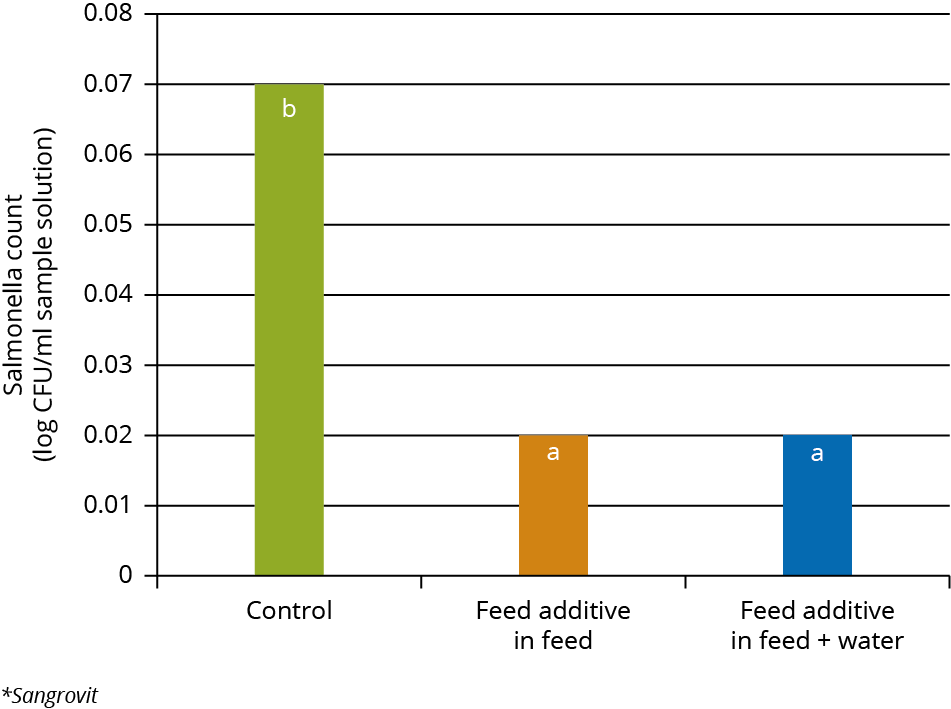 Figure 4 – Performance was significantly (a,b; p < 0.05) increased with the use of isoquinoline alkaloids (feed additive*).

Foodborne diseases play a major role worldwide and can affect human health immensely. Consequently, the production of safe food will and must stay a topic of utmost importance and lies in the responsibility of many people. Along the food chain, everyone can contribute to the production of safer food.

Here, feed additives like isoquinoline alkaloids can do their share and help to ensure high-quality food products.

How do we define optimal gut health?

Effective salmonella mitigation in feed: Why and How