Smart combination of additives alleviates the effects of weaning 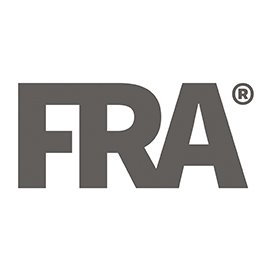 According to new research, growth performance of weaned piglets can be significantly improved by smartly combining proven feed additives. A trial conducted in Denmark, showed that a new innovative concept resulted in higher body weight and a significantly lower feed conversion ratio.

In commercial pig husbandry, weaning is a stressful event associated with changes in the social and physical environment of the piglet and a dietary shift from consuming mainly sow’s milk to completely solid feed. At the time of weaning – at three to four weeks of age – the gastrointestinal tract is also still under development. For instance, young piglets do not produce enough bile acids and phospholipids for efficient fat emulsification. Furthermore, several studies have shown that levels of pancreatic enzymes, such as lipase, are low in weaned piglets, limiting nutrient digestion. All these factors together have a major impact on the piglets’ health, mainly by disturbing the microflora and limiting gut ­development, increasing the risk of post weaning diarrhoea. A so-called ‘post-weaning dip’ is difficult to prevent.

To prevent a weaning dip, young piglets should be supported by feeding them a specific weaner diet which is designed to safely guide them through this stressful period. In addition to carefully selected feed ingredients, a smart combination of feed additives could help these piglets to enhance gut health, optimise nutrient digestion and improve their immune ­function. That is why, after a long-term study on the efficacy of single products, a feed additive concept based on a powerful combination of lysolecithins and glycerides of butyric and lauric acid was developed.

How does it work?

Lysolecithins – the first component – enhance emulsification of dietary fats and support a better enzymatic potential. Moreover, lysolecithins form smaller mixed micelles, maximising nutrient efficiency and absorption. Lysolecithins are known to be more effective compared to the widely used native lecithin, as the hydrophilic-lipophilic balance (HLB) of the phospholipids in this native lecithin is rather low (HLB < 7). This means that the emulsifying properties of native lecithin in the aqueous environment of the gastrointestinal tract are relatively low. To stimulate the emulsion of dietary fat in the gut, an emulsifier with a moderate HLB-value (HLB > 7) is needed. Lysolecithins contain a large amount of lysophospholipids, which increases their HLB value up to the optimal level needed for fat emulsification in the gut.

Butyric acid glycerides – the second component – are known to improve intestinal integrity and positively affect microbiota composition. The two most important forms of glycerides of butyric acid are ‘tributyrin’ and ‘alpha-monobutyrin’. Tributyrin is basically an odourless fat, which under the action of lipase, will release butyric acid in the small intestine. Tributyrin has proven to stimulate villi growth, gene expression of tight junctions, microbiota diversity and to reduce oxidative stress and inflammation. In contrast, α-monobutyrin is known for its direct anti-microbial effect.

Alpha-monolaurin – the third component – is another interesting glyceride product. Alpha-monolaurin is known to have antimicrobial, anti-inflammatory (Figure 1) and immunomodulating properties. On the one hand, α-monolaurin is able to control the intestinal microbiome and the inflammatory response. On the other hand, it modulates the immune system in terms of higher antibody titer values for instance, making the animal less prone to diseases. Based on several studies with the individual ingredients, it is expected that this new concept can elicit beneficial effect in weaner pigs, especially under suboptimal circumstances.

To study the effect of this new concept on the performance of weaned piglets a trial was conducted at Livestock Feed Tests, a commercial farm with research facilities in Denmark. In total 340 piglets were weaned at 26 to 28 days of age and divided over either a control group or a treatment group supplemented with the product. Despite the lower starting weight of piglets in the treatment group, the inclusion of this new feed additive made these piglets grow better and eat more. Result: significantly higher body weight at the end of the trial and thus a higher profit. Hence, it was possible to wean lighter piglets more efficiently and gain a return on investment of 3.3. Furthermore, as a rule of thumb, it is acknowledged that piglets weighing 1 kg heavier when entering the fattening house, will be ready for slaughter 1 week earlier, saving 1 week of feeding costs. In this trial, body weight at day 42 was 1.6 kg higher in the treatment group (Table 1). Hence, a shorter fattening period can be expected and this is, of course, a huge economic benefit.

It can be concluded that FRA Digest Health Dry, a smart combination of proven feed additives has clear zootechnical and economic advantages. Its application in starter and grower diets alleviated weaning stress – especially of smaller piglets – by improved microbial control and intestinal development, providing optimal circumstances for lysolecithins to improve fat digestion and nutrient absorption, resulting in piglets growing towards their maximal genetic potential.

FRAmelco develops and manufactures feed additives and drinking water solutions for livestock production. With glyceride and lysolecithin product applications, FRA®melco promotes animal health and performance in a sustainable manner. FRA® feed additives bring #AdditiveValue for all: the animals & your wallet. More about FRA®melco

FRAmelco develops and manufactures feed additives and drinking water solutions for livestock production. With glyceride and lysolecithin product applications, FRA®melco promotes animal health and performance in a sustainable manner. FRA® feed additives bring #AdditiveValue for all: the animals & your wallet. More about FRA®melco