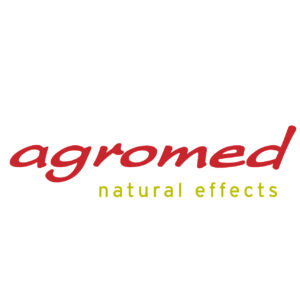 The global poultry sector is facing various challenges with regard to sustainability and animal welfare and health. Supplementation with wood lignans has many beneficial effects which will help in this transition.

Sustainability is on everyone’s lips and must be practised, also in the poultry industry. Broiler production must be environmentally, socially as well as economically viable. Modern broiler breeds are highly efficient producers of protein. Feed efficiency (FE) is considered to be one of the parameters that can be used to assess profitability, while also reducing the environmental footprint of poultry production. Options for improving the FE could be balancing the nutrient supply and/or improving nutrient digestibility. With highly efficient and fast-growing broiler genetics, we therefore have the best prerequisites for efficient production. However, we have to realise that there are also developments that can easily call this efficiency into question. Consumers as well as retailers are constantly imposing new requirements that poultry products must meet. The trend worldwide is to produce without antibiotic growth promoters (AGP) and to reduce antibiotic treatments. These trends are accompanied by consumer or retailer driven demands such as the use of alternative protein sources to replace soybean meal or prolonging the fattening period with the use of slow growing broilers as an expression of increased animal welfare. Poultry and especially broiler nutrition continues to be a tool that can contribute to meeting these challenges, and thus contributing to animal health and welfare.

Meeting the nutritional demands of broilers is crucial. If the diet is deficient in essential amino acids, excessive feed consumption may occur to overcome the deficiency. This leads to an overconsumption of protein which will not be efficiently digested by the bird, leading to undesired protein fermentation in the caeca, and an increasing risk of dysbiosis negatively influencing gut health. Additional risks arise from the formation of protein fermentation metabolites (biogenic amines, ammonia, hydrogen sulphide) that may damage the intestinal mucosa and integrity and thus promote inflammation. Such metabolites must be detoxified in the liver, which is an energy demanding process, reducing energy available for growth and thus impairing the FE.

Excess protein must be excreted renally, increasing the litter moisture as well as the ammonia formation in the barn. Litter moisture is one of the determining points for the incidences of foot pad lesions, while the ammonia will also impair broiler health. Same effects appear because of poor protein digestibility in the small intestine, increasing protein bypass to the caecum. We need to be aware that both the use of alternative protein sources with possibly reduced protein digestibility and the reduction of nutrient density can fuel the negative effects described here.

As mentioned above, the increase in the concentration of harmful metabolites of protein fermentation in the caecum may directly impair gut health.

High levels of dietary protein and poor protein quality are also a predisposing factor for the growth of C. perfringens in the lower intestinal tract, the causative agent of necrotic enteritis. Subclinical levels of NE (SNE) lead to minimal clinical signs but, with a prevalence estimated at 20%, it has a strong impact on performance that is visible in 12% reduced weight gain and an 11% increase in feed conversion.

Gut mucosa affected by SNE shows lesions in the small intestine and symptoms of inflammation, and the nutrient absorption is seriously impaired. The effects on performance can be linked to intestinal inflammation that requires energy and nutrients for an immune response (e.g. acute phase proteins) and cell/tissue repair, as well as the damage to the intestinal mucosa.

These negative effects have led to the search for feeding strategies which ensure active support for the animals even under the framework conditions of the omission of AGPs.

Secondary plant constituents with very different substance classes have great potential here. One relatively new polyphenol used in animal nutrition is wood lignans, contained in a feed supplement. These lignans − from specific types of tree bark − are well documented for their anti-inflammatory, antimicrobial and antioxidant effects, especially in humans. This supplement agromed ROI as a phytonutrient is highly active in the gut, where the wood lignans reduce the causes and consequences of inflammation. They modulate these inflammations directly, by blocking signalling substances that promote the inflammatory cascade. In effect, they act as “radical scavengers”, which means less oxidative stress for the intestinal mucosa and organs and support the intestinal barrier.

Scientific trials as well as field tests from different regions in the world show that supplementation with wood lignans will improve flock uniformity by 5.5% compared to the respective control group. Flock uniformity is an often-underestimated parameter for assessing the average performance and health of a broiler flock. Increasing flock uniformity is one essential point for profitability in broiler production, in addition to the feed conversion ratio (FCR). In a field trial in a commercial broiler farm in Brazil, agromed ROI was shown to be as effective as supplementation with an AGP. A total of 22,000 one-day old broiler chicks (housed on the same day) were divided into two groups and kept in two commercial stable units. One stable unit was used as a control group treated with the AGP Avilamycin (10 ppm) while the trial group was supplemented with wood lignans (400 ppm d 1-21, 300 ppm d 22-33, 200 ppm d 34-41). Although the control group was supplemented with the AGP, the test group showed a 144 g increase in end weight compared to the control birds (Table 1).

Wood lignans supplementation also increased the daily weight gain and improved the FCR. The improved villi length (Table 1) is strongly linked to an increased absorptive surface and allows the conclusion of facilitated nutrient uptake in animals treated with the supplement – even when directly compared to birds treated with AGP. SNE has a strong impact on the broilers’ gut integrity, which is visible in reduced performance and increased FCR, related to reduced nutrient absorption by impaired mucosa as well as energy and protein demanding immune reactions due to inflammation. The feed supplement delivered overall positive effects on performance as well as effective support for gut health and gut structure.