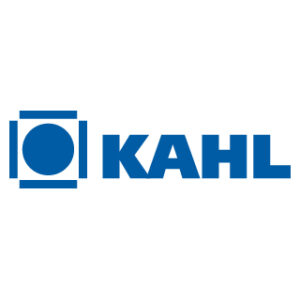 This article gives an insight into the process engineering advantages, the special benefits in animal nutrition and cost savings by using the KAHL annular gap expander.

The KAHL (Process) Technology: Over 30 years of success

In addition to the flat die pellet mill, with which AMANDUS KAHL has made a name for itself on the international economic market in various industries for several decades, the expander is also part of the product range of the German machine manufacturer. With regard to feed production, the KAHL annular gap expander and the expander technology are among the best and most effective conditioning processes for compound feed and individual components.

The KAHL expander is driven energy efficiently by a gear with integrated main bearing and consists of a thick-walled, wear-protected tube – equipped with wear-resistant proportioning, mixing and kneading elements. Unlike the extruder, which is provided with a die at its front end, the expander end is equipped with a hydraulically adjustable cone which forms an annular gap with the fixed outlet ring. By means of adjusting the cone during operation, pressure, intensity of kneading, product heating and energy consumption can be controlled and programmed continuously and instantaneously. Depending on the product, the pressure is between 5 and 120 bar, the working temperatures at the expander outlet are between 90 and 120°C to 130°C for most applications, depending on animal species and feed, but can also be higher for more specific applications. The conditioned product is discharged from the KAHL expander via the cone. The pressure drops, the product expands and part of the added water evaporates (flash evaporation). Post-drying is usually not necessary. The particle size of the expanded product can be determined by means of the downstream crushing device.

Advantages resulting from the use of an expander

Which advantages result from the use of an expander in the compound feed industry? Various production steps are necessary to produce compound feed. The expander is often installed upstream of the pelleting line. When using the expander, feed manufacturers benefit from numerous advantages with just one machine. In particular, these are, for example, the higher output of the pellet mill, usually by more than 25%, sometimes even 100%, and the improved pellet quality with significantly reduced abrasion values. The KAHL expander is also ideally suited for short-term conditioning processes and thus for eliminating pathogenic germs or moulds. It is also suitable for mixing and kneading, homogenisation and agglomeration. In addition, the use of the expander causes the decomposition of plant cells and microorganisms by means of expansion. But especially with regard to successful and economical animal nutrition, the expander proves to be a key element.

Expanded feed provides numerous advantages in the feeding of poultry, pigs and dairy cattle. The expansion process is characterised by positive nutritive effects, such as higher starch modification and higher fat and crude fibre digestibility. Antinutritional factors are eliminated and metabolisable energy is increased.

The hygienisation of feed is particularly important in the production of layers feed. While poultry fattening feed is usually pelleted, this is not the case with feed for laying hens. This means that there is no hygienisation in the KAHL flat die pellet mill. Instead, this is easily achieved by means of the KAHL annular gap expander.

Pig feeding can also be improved by using the KAHL expander. For just like poultry, pigs also need a coarse feed structure to avoid susceptibility to salmonella and other pathogenic germs. An optimised digestibility leads to a better feed conversion and a significant reduction in feed costs. In addition, there is a reduced urine production due to reduced water absorption during feeding.

Since 1986, the annular gap expander has been an integral part of the machine repertoire of AMANDUS KAHL GmbH & Co. KG. In the production of compound feed it is of essential importance for hygienisation and is used either at the end of feed production line for the production of Expandat, directly before pelleting or for the improvement of the properties of feed components. In all applications the KAHL annular gap expander ensures a more economic animal nutrition and, when used upstream of pelleting, an improvement of the pellet production.
More than 30 years of experience, technical developments and the latest know-how make AMANDUS KAHL a pioneer in the design and manufacture of expanders. More than 100 expanders in the Netherlands and a number of machines and in Japan, Korea, the USA as well as in Brazil and a lively demand in many global growth markets show that KAHL technology is more popular and successful than ever. One particular reason is the targeted animal nutrition, which not only becomes more economical through the use of an expander, but also promotes animal health and can help to minimise farm manure and save costs.

KAHL crown expanders, a further development of the proven annular gap expanders, can be used to increase the digestibility of starch in cereals such as corn, wheat or barley. Due to the proven flexible treatment intensity, processing of different products is possible – from conditioning of compound feed to intensive treatment of mono-components.

Different crown shapes and direct crushing result in products with a defined structure and shape. Thanks to the hydraulically adjustable cone, the processing can be started and stopped with the machine open and empty.

The intelligent control system and the hydraulic unit ensure continuous and safe operation even with varying operating conditions.

Especially for piglet feed, a specific conditioning of grain is necessary to ensure optimum digestion. Research shows that a starch modification between 60 – 70% can improve the weight gain of young piglets. This is particularly important during the critical weaning phase when piglets are very lively. Losses can thus be avoided.

At the same time, the expander reduces antinutritive factors during this process step. The reduction of trypsin inhibitors in soybeans, for example, leads to an increase in nutrient intake and thus to a reduced amount of feed required. Trypsin inhibitors impair protein digestion, especially in young animals, as the enzyme balance in their digestive tract is not yet fully developed.

By-products from beans and peas are excellent feed components. These raw materials offer several advantages: Expanded husks of legumes such as peas or soybeans, which still contain residual parts of the bean, can be used as a protein source in feed mixtures. At the same time, a by-product such as seed coats can be used as a low-cost crude fibre component to increase the nutritional value in feed production. Here, too, prior expansion is absolutely advisable in order to achieve optimum utilisation.

The optimisation of nutrient digestion in the individual intestinal segments of the animal is of great importance in animal nutrition. Component treatment with the KAHL crown expander enables the production of ruminally undegraded proteins which can only be digested in the small intestine. This allows higher animal performances to be achieved.

With the KAHL crown expander, proteins such as those from full-fat soybeans or soybean and rapeseed extraction meal can be treated efficiently. The high temperatures result in the existing proteins being modified in such a way that they are rumen-stable and can only be digested in the small intestine. In this way, optimum feeding of the dairy cow is ensured, which is reflected in maximum milk yield. In addition, expanded feed tastes good to dairy cattle.

The expander treatment prior to pelleting improves the digestibility of the main energy sources in the feed. The digestibility of starch, crude fibre and crude fat in the formula is increased. This allows the energy content in the feed ration to be reduced while maintaining the same animal performance. Tests have shown that an expanded and pelleted feed with a lower energy content can ensure the same animal performance as a pelleted feed without expander treatment. In broiler fattening a reduction of the metabolisable energy of 50 to 70 kcal/kg of feed is thus possible. This energy reduction produces a cost saving of 5 to 7 €/t of compound feed, depending on the raw components selected.

The expander allows precise control of the process parameters. Data such as “pressure” and “temperature”, which are important for proper process control, are recorded and displayed. The desired energy input can be reliably adjusted via the variable positioning of the cone.

This is where the data of the expander differ from that of a pellet mill. In the pellet mill, the heat development that invariably takes place in the die is usually not recorded. Thus, no exact conclusions can be drawn regarding the effect of temperature on feed and ingredients.

As there is no temperature measurement in the holes of the die, the process temperatures of the expander cannot be compared with those of the pellet mill. The current consumed is converted into heat via the friction generated when the pellets are formed. As an approximation, a temperature increase in the die of 20°C at an energy input of 10 kWh/t can be assumed.

Process and product tests at KAHL

In the past, many product and process tests were carried out at AMANDUS KAHL. For this purpose, KAHL’s own pilot plant in Reinbek near Hamburg is available to potential customers. In this way, numerous interested parties and later KAHL customers could already test the optimum processes for their future business.

Optimum production processes have several effects. Thus, not only the potentials for maximum product quality are tested, but also the aspect of economical production is considered. AMANDUS KAHL also provides support regarding possible product trends, process developments, market requirements and the testing of new mixtures. The animal nutritionists employed by AMANDUS KAHL play an important role in customer advisory service, as they provide customers with detailed information.

The KAHL network does not only cover mechanical and plant engineering, but also cooperation with renowned institutes, research facilities, universities and independent consultants. Tests can be carried out with a few kilograms up to several tons of product.

The medium-sized machine and plant manufacturer AMANDUS KAHL can look back on great success in several areas. The owner-managed company has made a name for itself on the international market, particularly with its flat die technology in the field of “pelleting”. The flat die pellet mill being the heart of the company, the other machines of the extensive portfolio are also characterised by quality “made in Germany”. Not only pellet mills and expanders are designed and manufactured in Reinbek near Hamburg, but also extruders, crushing roller mills, pan grinder mills, fabric belt driers, coolers, proportioning units and many others. Worldwide customers and a diversified sales network show that AMANDUS KAHL is one of the most important machine and plant manufacturers in the international animal feed industry.

Are you interested in technologies from AMANDUS KAHL or are you already a customer? Then check out the new website at www.akahl.com for further options or order spare parts directly from the online shop at www.shop.akahl.de.