The European feed industry represents, with around 153 million tonnes per year, about 15% of the global animal feed market. The sector has noticed EU standards have started to deviate considerably from those in other countries, despite the fact it is heavily dependent on imports. That brings the long-term availability of competitively priced feed raw materials at risk, says Ruud Tijssens, president of the European umbrella organisation of animal feed companies FEFAC.

According to Tijssens, the European standards and ideas about genetic engineering, sustainability and food safety are not in line with the import-dependent situation where the EU finds itself in.

So changes are needed?

“The European policy makers must be aware that the EU is slowly becoming an island if we don’t make sure our legislation is more in favour of the market reality. To clarify straight from the start, it is not about lowering the European standards. But if the European livestock sector wants to remain competitive, we need guaranteed access to affordable feed commodities on the world market. Strategic provision of protein is crucial, but also the supply of phosphates and cereals should be better secured. The current legislation, combined with market demand due to consumer requirements, gives us additional trade barriers – we speak of non-tariff barriers – which also leads to additional costs.”

Who is paying for these extra costs at the moment?

“Additional costs disappear in commodity prices. This discussion is therefore about the viability of the agricultural sector in Europe. At the moment, we make up for that by having an excellent productivity of farmers in Europe. But other continents are developing rapidly.”

GM crops in the EU are always a tricky and lingering discussion. How does this affect the European feed sector?

“In many European states, there is clearly a lot of resistance against the cultivation of genetically modified crops. However, the suppliers of soybeanmeal and maize on the world market have fully embraced GM technology. Therefore the EU feed sector doesn’t have a lot to choose. Practically all farmers in the US, Brazil and Argentina of theses crops grow GM varieties. And keep in mind, we are talking about imports. This should be completely separate from the debate about whether or not to grow GM crops in Europe. Due to delays in the European authorisation procedure for GM imports, there are currently 17 new varieties on the waiting list to be approved by the European Commission. And this accumulation of pending files started over a year ago already, despite positive opinions from the European Food Safety Authority (EFSA). The GM crops are approved, cultivated and harvested in exporting countries already and exporters don’t want to wait on the EU legal process to be finished. In the meantime, we are still waiting for the political approval.

This means that we, importers, take the risk to find traces of unauthorised feed commodities (above the prescribed limits). This can lead to potential large financial consequences. The association of grain importers (Coceral) estimates the costs for next season already at € 100 million cost price disadvantage per month, if the European Commission continues like this. Reason is that, imports of soybeans and soybean meal from the US incur too much risk. We cannot demand from countries outside of Europe which breeding techniques they can and cannot use. We are the ones that have to adapt.”

Speaking of soy in animal feed, what is happening about the development of responsible soy on a European level?

“Driven by social considerations, Fefac has been actively involved in the development of minimum standards for responsible soy since 2006. But this discussion is mainly pushed by NGOs, retailers and dairy processors in North-Western Europe. We notice that the opinions vary widely between countries what exactly constitutes as responsible soy”.

Does the demand for responsible soy lead to any problems for the feed manufacturers?

“In the end, everything has its price. If the customers of downstream chain partners are willing to pay the additional costs, then feed companies will implement the needs of the market. But we do warn for market fragmentation. The cost can be quite substantial, especially if the link is made to the physical product. In the EU, we are dependent on imports of particular protein crops, such as soybeans. It is therefore important that there are good workable solutions. As Fefac we are working on facilitating mainstream market supply of responsible soy. In the end, it’s all one trade flow. With our supply chain partners, we keep the dialogue open and we try to contribute to the implementation of minimum requirements.”

Are there non-GMO chains?

“Yes, these exist. However, again, these kind of extralegal market demands come with additional costs. We have seen premiums for non-GMO soybeans reaching € 200 per tonne. Fefac is not necessarily pro or against GMOs, for us the safety and quality are the key factors to decide whether the raw material is suitable as a feed material. So we are back to the discussion about the admission of new genetic varieties. For the GM varieties awaiting European Commission approval, we need a so-called ‘low level presence’ solution to maintain access to global markets. The idea of ​​zero-tolerance in the food chain is a terrible dogma. ‘Zero pollution’ simply does not exist. In addition, the analytical equipment to define zero has become increasingly more sensitive. Where ten years ago, ‘proof of absence’ was measured, now all of a sudden one ppb is found. Does that mean that the commodity is unsafe? Legislation must adapt here.”

We just discussed GMO, but the discussion of food safety may be more sensitive, right?

“There is no need to worry about the animal industry’s attitude towards safety, as this has priority all the time. However, there are still too many incidents, and these should be reduced through vigorous monitoring and self-regulation. But in Europe we cannot always draw our own plan regarding food safety, while we are so dependent on imports. To illustrate, in 2013 we were confronted with aflatoxins in corn, which caused a major crisis. The same consignment of aflatoxin-contaminated corn, which was not allowed in the EU, was eventually shipped (with the permission of the German authorities) to the US. The corn was used as a feed material, because of lower standards in the US. I am not saying that we wanted to use this shipment of corn, but it is strange that we are facing a crisis, and trying to localise the source, while in the US it is ‘business as usual’. You must also realise that animal products from animals fed with such raw materials also enter the world market, just like other animal products. It’s not a level playing field.”

Ruud Tijssens: “Where 10 years ago “proof of absence” was measured, now all of a sudden one ppb is found. But does this mean the commodity is unsafe now? Legislation must adapt to this. In the end, everything has its price. If the customers of our clients ask and are willing to pay the additional costs, then feed companies will implement the needs of the market . But we do warn for market fragmentation.”

So what does Fefac propose here?

“We propagate the ‘top of the pyramid’ concept, which is the most cost efficient way of checking for chemical contamination within the chain. With this, the suppliers of raw materials and feed additives are held responsible for the safety of their products. It is not about shifting the responsibility, but effectively distributing it back up the chain. We advocate a risk-based approach, throughout the entire chain, from consumer to the producer of our raw materials. The starting point must be that there are no risks for the consumer, and this has to be translated to the entire chain. In Europe we are familiar with the so-called ‘precautionary principle’. From a politically standpoint this is understandable. Sometimes we are voluntarily stricter than the law, such as with the levels of mycotoxins in dairy cow feed. But sometimes it is difficult to explain from a risk monitoring standpoint. And zero tolerance is something we have already mentioned.”

You said that the strategic provision of protein is crucial. Why not just produce more protein crops in Europe?

“It is important to remember that we live in the northern hemisphere. This means that we will always be dependent on trade, because of the different harvest seasons around the world. Secondly, protein production in Europe is indeed essential.

However, currently, there is hardly any protein production. One of the feed companies recently carried out an experiment and showed the crucial importance of specific amino acids found in soy. Technically, the cultivation of soy can take place in Europe, but not in terms of cost and profitability. European soy is too expensive and therefore only suitable for use in niche markets, and not for bulk commodities. In addition, if the productivity of soy is low here, and we will grow proteins rich crops on soil that is more suitable for growing high productive wheat; the environment does not benefit from it. As said, securing protein supply in the EU is crucial, but that is certainly also the case for the physical availability of phosphates. If only to prevent other countries such as China and India to beat us achieving this. With Fefac we want to raise awareness of these issues in the European Parliament. We also call on the European Commission to set out a strategy to put commodity-supply on the agenda and for example work towards agreements with Brazil and Argentina. Legislation, non-tariff barriers and consumer demands increase the pressure on the European feed industry and livestock sectors. We only ask the policy makers to give us a workable regulatory framework.”

Fefac (Fédération Européenne des Fabricants d’Aliments Composés) is the European umbrella organization for the animal feed industry. The organization is based in Brussels and is supported by national member organisations, such NEVEDI (NL), BEMEFA (Belgium), DVT (Germany), DAKOFO (Denmark) and SNIA (France). The Fefac has 24 full members, 7 associate members and two observers. Within Fefac, the European feed industry develops its policy. From the Brussels office, the Fefac Secretariat stays in contact with the European Commission, the European parliament and other organisations. Ruud Tijssens is president of Fefac and is also Director of Corporate Affairs at the Agrifirm Group.

This article was featured in the AllAboutFeed magazine no. 3, 2015 – to read more published article see our digital magazine 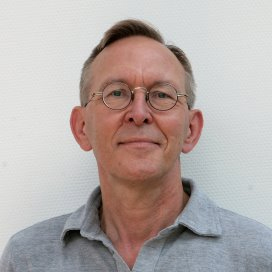 Raw materials: Prices soar and margins melt, what is the good news?