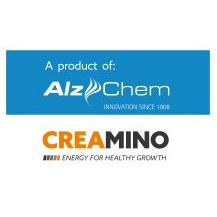 What if we can enrich the embryo already with a rapidly available energy source to better secure hatching and its first days in life? This is possible by feeding the broiler breeder hen with a source of creatine.

Creatine is an organic compound and is naturally produced by three amino acids: arginine, glycine and methionine. This formation occurs in the kidney and liver of vertebrates and creatine is then stored in muscle (mainly) and brain tissue. Creatine gives muscle cells the capacity to produce more energy. This is done through a savvy way of using phosphate groups to convert energy poor adenosine diphosphate (ADP) back to adenosine triphosphate (ATP), the energy currency of the cell. Recycling at its best. The result of this is that the muscle has more energy and can perform better. Although vertebrates can make creatine themselves, adding creatine in the diet can significantly raise the creatine levels in the body, up to about 20%. This not only provides a surplus in energy which can be crucial in times of ATP shortage, it can also stimulate cellular glucose uptake followed by an increase in muscle glycogen stores, the next crucial cellular energy reservoir1.

Because creatine is found in muscle tissue, it is also present in feed ingredients that are based on animal protein. However, concentrations in animal derived proteins are rather low and highly variable, possibly due to variable raw material quality and the harsh processing conditions in which creatine is not stable2. In addition, animal derived proteins are not used that often in animal diets, as most poultry feed formulations are based on vegetable proteins and grains. Even though creatine can be synthesised by the birds themselves, it is not enough to meet the high demands of modern broilers in terms of performance and growth levels. In a way, broilers can be compared with athletes. And this already starts in the embryo phase where there is a constant high demand for energy. Supplying broiler and breeder hens with creatine to boost the creatine levels in the egg and embryo is a great idea. But here is one problem. Most poultry feed is supplied in feed pellets. Pelleting is the process to turn raw materials into pellets to make the feedstuffs more digestible by breaking down the starches. And this is done at temperatures reaching 80oC. Adding creatine to this process will result in losses of the molecule. Creatine simply doesn’t like heat.

Feeding the breeder hen a precursor

A smart way to go around this problem is adding the creatine precursor guanidinoacetic acid (GAA) to the diet of the breeder hen, which is perfectly equipped to sustain the conditions during feed production. In the liver, guanidinoacetic acid (GAA) can be synthesised into creatine, which is then stored in the muscle tissue. Creatine is then transported from the hen to the egg. By doing this, the chick embryo has an extra energy supply available to use for hatch and post-hatch needs. And this is very important because the chick’s first seven days on-farm plays an important role in determining its performance later in life. The supplementation of a creatine precursor to breeder hens opens up the opportunities to improve hatching rate and chick quality and the body of research in this topic is growing. Recent research conducted in Israel3 provides fundamental new findings to confirm the creatine transport from broiler breeder hen to chick through the GAA (creatine precursor) supplementation*. The authors studied whether GAA supplemententation (15 weeks, 0 or 0.15% GAA) of broiler breeder hens (Cobb 500, 47 weeks of age) affects creatine deposition into the hatching egg. It was shown that feeding GAA in the diet of broiler breeder hens, creatine levels in both, yolk and albumen increases. The most pronounced effects were seen in the yolk, being of primary relevance for embryo development (Table 1). Due to dietary GAA (0.15%), total egg creatine could be enriched by more than 40%.

Getting the creatine in the egg is one thing, it is also key that the embryo shows an uptake of the creatine. Two of the reported studies4,5 showed benefits in progeny performance from GAA supplementation (Table 2) whilst another study from 20186 could only detect improved progeny performance when GAA supplementation was also continued during progeny feeding. The most effective dose level of GAA was found between 0.08 and 0.12% GAA. Based on the broiler breeder data, benefits were more pronounced in older birds. A practical study including 45,000 birds at high altitude has determined: Hens fed 1 g of GAA/kg showed an increase of 1, 3 and 5% in hatchability, compared to hens at the control farm at 60, 61 and 62 week of age, respectively6.

There is an increasing body of research to find the best ways to feed the day-old chick to make sure it becomes a healthy and fast-growing bird. Solutions are found in the range of feeding small, easy to eat feed pellets to specially designed feeders that small chicks have easy access to. Enriching the nutritional components in the egg with creatine to better meet the physiological requirements of modern broilers is a highly important addition to further improve broiler production in terms of health, growth and efficiency. The latest research with GAA as a source of creatine supports that adding GAA to the diet of broiler breeder hens is a practical and effective way to do so. This gives nutritionists an extra tool to formulate diets for breeder hens and ensure strong and healthy chicks. This will both benefit animal health and performance and farm profitability.

References 1-8 are available on request.


Creamino contains GAA, which is globally established for growing poultry nutrition whilst application in breeders is expanding. US approval for GAA has been recently extended for all poultry, including application in breeders. For more information on availability in your region, get in touch with us: creamino@alzchem.com

AlzChem Group AG , is a vertically integrated manufacturer of various chemical products based on the NCN chain. AlzChem has a worldwide leading position in selected markets, including nutritional feed additives, food supplements and agriculture. Alzchem has been the leading supplier for creatine for more than 25 years. Creamino, guanidinoacetic acid 96% min, is Alzchem´s creatine solution specifically developed for application in animal feed. Alzchem produces Creamino and Creapure exclusively in Germany. More about AlzChem

AlzChem Group AG , is a vertically integrated manufacturer of various chemical products based on the NCN chain. AlzChem has a worldwide leading position in selected markets, including nutritional feed additives, food supplements and agriculture. Alzchem has been the leading supplier for creatine for more than 25 years. Creamino, guanidinoacetic acid 96% min, is Alzchem´s creatine solution specifically developed for application in animal feed. Alzchem produces Creamino and Creapure exclusively in Germany. More about AlzChem