Advancing the understanding of feed efficiency

The pig and broiler chicken industries are key contributors to the European economy, and one of the main ways in which sustainability can be achieved in these sectors is through improving feed use efficiency. ECO-FCE was established to support this.

It is clear that intensive production systems will play a key role in feeding a growing global population, but they must also be sustainable. This means being environmentally and animal welfare -friendly, while also allowing a reasonable return on investment for producers. Rising costs of energy and feed, combined with consumer expectation of low product prices, make this latter element a continual challenge.

ECO-FCE was an EU FP7 project (2013-2017) that employed ‘omics’ technologies and novel systems biology research to gain a greater understanding of the biological basis of feed use efficiency in pigs and broiler chickens. It also investigated nutritional and genetic approaches to manipulate feed use efficiency and ecological footprint. The project team involved 18 partner organisations and encompassed expertise in monogastric nutrition, genetics, (meta)genomics, statistical modelling, product quality, animal production, and animal health and welfare. A major strength of the project was that it combined cutting edge science with an understanding of the realities of modern commercial farming. This was reflected in the strong contribution from industrial project partners. Some new discoveries made in key research areas in ECO-FCE are reviewed here.

In ovo inoculation techniques offer the opportunity to implant beneficial bacteria to help gut stabilisation and immunity in chickens after hatching. Polish scientists working within ECO-FCE tested the efficacy of two novel symbiotics: S1 (Lb. salivarius IBB3154 + galactooligosaccharides) and S2 (Lb. plantarum 3036 + Raffinose Family Oligosaccharides). There were few effects on broiler chicken performance, but a single in ovo treatment with S1 and S2 beneficially affected the structure of the chicken intestine at 42 days. Significant changes were observed in the duodenum and jejunum – two important segments of the chicken gut where the most intensive process of absorption of nutrients takes place. S1 appeared to mostly activate immune related pathways, whereas S2 activated metabolic pathways. Synbiotic administration also influenced enzymatic activity in the pancreas and the level of secreted enzymes in the intestinal content. Overall this novel work showed much promise for the use of in ovo manipulation with symbiotics as a potential tool to optimise animal health and productivity.

Corresponding work in Ireland with pigs evaluated the inoculation of breeding females and offspring with faecal extracts from highly feed efficient finishing pigs, however the findings did not support this approach as a method of promoting performance and efficiency.

Further studies into early life interventions suggested that phosphorus conditioning (in terms of feeding a low phosphorus diet in early life) could be a promising strategy to increase the efficiency of phosphorus utilisation in broiler chickens. Trials with pigs also involved investigating the early life supplementation of low birth weight animals with L-arginine and L-carnitine, but did not find the desired beneficial effects. Interestingly, however, the research provided data to suggest that the use of artificial rearing through rescue decks was an effective method of promoting survival in these animals.

In vitro ‘ileal digestion’ methods proved useful in ECO-FCE for the multiple screening of exogenous enzymes and additives when used in combination with different feed ingredients. Over 200 combinations of raw ingredients and enzymes were tested. Raw ingredients represented the key cereals (wheat, barley and maize) and protein ingredients including soya, rapeseed meal, peas and distiller grains with solubles. Much variation in enzyme efficacy was noted within these bench studies, for example, better efficiency of ß glucanase and xylanase in whole cereals compared with cereal by-products suggested that different enzyme activities may be required to improve digestion of the carbohydrate fraction of the processed by-products. Furthermore, galactosidase appeared to be more effective in soybean meal and peas than in rapeseed and sunflower meal. This work was complemented by fermentation studies which showed, as expected, that lower digestibility values resulted in more fermentation and larger gas production.

Work in ECO-FCE then advanced to evaluating enzymes in feeding trials, commonly using restricted energy and protein diets. However many contradictory results were found. Success was found when using α-galactosidase and xylanase enzyme combinations on soya bean meal based diets, but the use of enzymes in pig (xylanase/b glucanase and protease) and chicken (phytase and protease) diets containing no soya and high levels of rapeseed meal and distillers grains with solubles was not successful. Overall, both the in vitro and in vivo results demonstrated that enzyme use should be targeted depending on the raw materials used. Another key finding of this work was that pig or chicken performance was not negatively affected when high levels of rapeseed meal and wheat distillers grains with solubles replaced soya bean meal.

ECO-FCE supports research to gain a greater understanding of the biological basis of feed use efficiency in pigs and broiler chickens. Photo: Patarapong saraboon

A key aim of ECO-FCE was to try to identify gut-related factors common to animals with either high or low feed use efficiency, however it was recognised that these could vary with environment. For pigs, a standard protocol using common terminal sire genetics was adopted across research facilities in Austria, the Republic of Ireland and Northern Ireland. Gut structure and microbiota profiles were assessed for pigs with divergent feed use efficiency (as measured by residual feed intake (RFI)) across the sites. It was found that intestinal microbiota richness and diversity were affected by European site, but not by residual feed intake (RFI). Within each European site, compositional differences were observed within the faecal, ileal and caecal microbiota between high and low RFI pigs, mostly for low relative abundance taxa. However, despite the use of common protocols and genetics at each site, few of these RFI-associated differences were common across sites. As such, the identification of reliable intestinal microbiota-associated biomarkers for FE that might be applicable across a range of rearing environments is difficult. However, some were common and future research to determine the relative importance and functionality of the feed-efficiency associated taxa that were found to be common across European sites (Mucispirillum from Deferribacteres, Lentisphaerae, Methanobrevibacter from Euryarchaeota, RF16 family, Ruminococcaceae and Cyanobacteria) would be valuable.

A similar exercise was undertaken with chickens that were reared in Austria and Northern Ireland. In this work, clearly distinguishable RFI-related gut bacterial profiles and predicted metabolic functions could be established at the two rearing locations. However, location-specific effects made it difficult to clearly assign specific bacterial taxa and metabolic functions to chicken RFI. Overall, despite similar residual feed intake (RFI) values at each location, the location influenced the RFI-related bacterial profiles in ileal and caecal digesta and in faeces. However it was concluded that despite this variation, the different profiles supported the fact that the gut microbiota contributed to the chicken’s RFI. With regard to gut structure within the chicken populations, it was concluded that diverging energy needs for first pass nutrition, together with increased gut permeability and differential activation of the mucosal immune response in the jejunum, may in part have explained RFI differences.

Holistic transcriptomics analysis was also conducted on gut tissues for pigs and chickens in the above studies. In broiler chickens 172, 120 and 81 differentially expressed genes in the duodenum, jejunum and ileum, respectively, between residual feed intake (RFI) selected birds were found. For liver, leg and breast muscle, 159, 186, and 54 differentially expressed genes were identified. Thus, the transcriptomic analyses highlighted the specialisation of most feed efficiency -related tissues/organs, but, nevertheless, showed that they are also multi-functional affecting an array of distinct biological processes. Specifically, enriched molecular pathways for gut samples were related to growth, immune function, glucose uptake, transport, and lipid metabolism. At the level of metabolic and posterior responsive tissues, transcriptional analyses revealed the enrichment of molecular themes of lipid metabolism reflecting known phenotypic associations between feed efficiency and the muscle-fat ratio. Transcriptome profiling employing the microarray approach in pigs revealed the highest number of differentially expressed genes (DEG) between low and high RFI groups for liver (803 DEGs) followed by jejunum (86 DEGs), hypothalamus (78 DEGs), and duodenum (62 DEGs). Consequently, the results showed the hierarchical make-up of feed use efficiency, with slight transcriptional changes in the hypothalamus which were cascaded and amplified in the body resulting in considerable alterations in metabolic tissues like liver. Moreover, the results emphasised that the examined parts of the small intestine are highly specialised in their functions related to digestion, absorption, and as an intestinal barrier.

ECO-FCE scientists also undertook a number of modelling exercises to design better breeding strategies for pigs and chickens. Firstly, a novel Bayesian response to selection methodology comparing feed conversion ratio (FCR) with RFI as two key feed efficiency metrics was conducted. The Bayesian prediction of breeding values for both phenotypic and genetic RFI, together with a Bayesian estimate of breeding values for FCR, was derived, as was a Bayesian estimate of direct and correlated response to selection on either RFI or FCR. The results found that selection for FCR resulted in disproportional selection on production traits. Genetically defined residual feed intake (RFI_g) allows: (1) selection on the proportion of feed intake that is independent of production; and (2) easier and better selection index weights for the traits in the breeding programs. It was concluded that selection for improved feed efficiency is likely best achieved through joint selection on RFI_g and production traits.

A second modelling approach examined the use of integrative genomic models. Here, the genomic feature model (GFBLUP) that was developed using data gathered from the ECO-FCE project had greater predictive ability than the standard GBLUP model, provided that enough causal variants were included in the genomic feature to explain at least 10% of the genomic variance, and there was minimal dilution by non-causal markers.

The findings presented in this article are summarised from the proceedings of a one-day ECO-FCE symposium at the EAAP conference in Belfast in 2016. The booklet from this symposium, which provides additional details on the research findings and on the scientists involved, is available on the ECO-FCE website (www.eco-fce.eu). 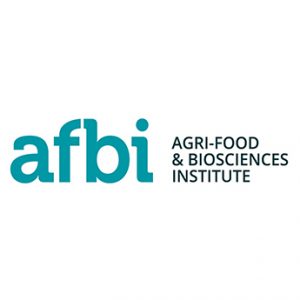