Feline weight-reduction and ‘light’ diets often contain purified cellulose fibre as caloric diluter. Cellulose reduces the dietary concentration of metabolisable energy, but many cats consume the same food quantity as before, so they lose weight.

Light cat foods are recommended for weight maintenance in overweight-prone animals. According to the European Pet Food Industry Federation (FEDIAF), the energy density of light foods should be at least 15% lower than that of comparable, regular products. The crude fibre level of light dry foods ranges from 4 to 12%. Veterinary weight-reduction diets for obese cats may contain up to 15% crude fibre. The insoluble cellulose fibre is commonly used as caloric diluter for the production of light and weight-reduction pet foods. When using conventional ingredients without cellulose, formulating low-calorie foods is a tough assignment. Cellulose is a calorie-free, concentrated fibre source containing about 70% crude fibre.

Cellulose is a polymer of glucose units bonded by β-1,4-linkages, implying that it cannot be hydrolysed by pancreatic α-amylase of cats. Cellulose indeed appears to be indigestible in cats. The amount of crude fibre ingested with dry foods was fully recovered in faeces (Carciofi et al., 1998; De-Oliveira et al., 2012). Cellulose is the major constituent of the dietary crude fibre fraction. Its complete recovery in faeces means that cellulose is not fermented in the colon of cats. Further evidence comes from the lack of cellulose fermentation by cat faeces as inoculum (Barry et al., 2011; Sunvold et al., 1995). Organic matter disappearance and short-chain fatty acid production was negligible with cellulose instead of other fibrous substrates. In-vitro fermentation of cellulose remained insignificant after cats had adapted to a high-cellulose diet.

Cellulose is not digestible and not fermentable and thus has zero-calorie value to cats, but it is more than a diluter of dietary calories. Cellulose also reduces the amount of digestible energy in the diet. An increase in 1% unit of cellulose in the dry matter of the diet was associated with 0.94% unit decrease in the apparent digestibility of dietary gross energy (Kienzle et al., 1998). This equation is based on cellulose and in-vivo digestibility measurements for 24 prepared cat foods. Combining cellulose with a commercial moist food, or with micronutrient-supplemented beef, reduced apparent protein and carbohydrate digestion in cats (Kienzle et al., 1991; Prola et al., 2010). The diluted diets contained 17 or 24% cellulose in the dry matter fraction and markedly expanded the amount of faeces.

In 1978, Hirsch et al. reported on caloric density of the diet and feeding behaviour in cats. Kaolin, a layered silicate mineral, was used as caloric diluter. The test cats were fed a commercial, powdered, dry food (1.4 MJ/100 g) for 10 days and were then presented with four kaolin-diluted diets in order of increasing dilution. The kaolin inclusion percentages were 10, 20, 30 and 40%. Each diluted diet was available for 10 days. The control cats received the undiluted, powdered diet throughout the experiment. Cats were allowed ad libitum access to food and water. When faced with increasing degree of kaolin dilution of their diet, cats continued to consume the same mass of solid food (Figure 1) so that energy intake decreased progressively. As a result, the cats on the diluted diets lost body weight in a linear fashion (Figure 2). Clearly, the cats did not increase their food intake so as to maintain their energy requirement for constant body weight.

The lack of stimulatory effect of kaolin dilution on the intake of dietary dry matter extends to purified cellulose (Kanarek, 1975; Goggin et al., 1993), cellulose-rich peanut hulls (Fekete et al., 2004) and cellulose-enhanced diets (Servet et al., 2008; Floerchinger et al., 2015). The pooled data in Table 1 shows that high- versus low-fibre diets leave food intake virtually unchanged under free-choice feeding conditions. In other words, there is no evidence for preservation of caloric intake in response to crude-fibre dilution of the diet.

There is evidence that cellulose dilution of the diet leads to weight loss. Cats kept in a research facility and weighing on average 6.6 kg were transferred from a regular to a cellulose-enhanced diet while being offered an excess amount of food (Floerchinger et al., 2015). During the 8-weeks feeding period, the high-fibre diet hardly affected food intake measured in grams (Table 1), but reduced body weight by 0.57% per week. This rate of weight loss is similar to that observed in the home setting in overweight cats given amounts of food that corresponded to 56% of the maintenance energy requirement at target body weight (German et al., 2008; Bissot et al., 2010).

The compromised energy intake seen in cats on a high-cellulose diet, dished up in unrestricted quantities, may not be caused by diminished diet palatability or augmented satiety. Dry matter intake on a wet food mixed with cellulose was not inversely related to the level of cellulose (Prola et al., 2006) which speaks against cellulose-induced depression of palatability. A high- versus low-fibre diet did not raise voluntary food intake, whereas the two diets were comparable in a palatability test (Servet et al., 2008). Cats with stabilised intake of cellulose-containing wet food ingested 35% extra dry matter upon subsequent offering the wet food without cellulose (Prola et al., 2006), indicating that the cellulose diet had not induced satiety.

At group level, keeping up caloric intake may not occur in cats offered surplus of a diet supplemented with calorie-free cellulose. Under this condition, cats rather maintain bulk intake and thus self-restrict caloric consumption. It follows that dietary cellulose can contribute to weight management in cats fed ad libitum. It should be noted that between individual cats there can be considerable variation in their food-intake response to high-cellulose diets. Furthermore, the published studies lasted up to 8 weeks. The impact of a high-cellulose diet in the longer term is unknown. Likewise, it remains unexplored whether cats fed a cellulose-enriched diet will reach a new steady state with lower body weight and lower energy intake and expenditure. 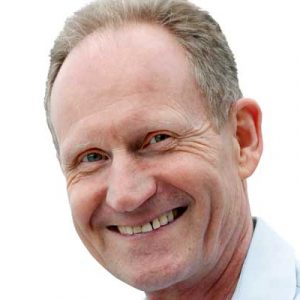 Introducing the 6th edition of All About Feed for 2022

The benefits of using grasshoppers for animal nutrition