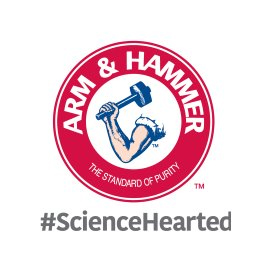 It is a pretty simple concept; healthier birds are more efficient at converting feed into gain. This is an extremely important fact few can afford to overlook, since feed is nearly 70% of the cost of raising a commercial broiler. Although feed cost may shift up or down, it will always represent the highest input cost in commercial poultry production.

Given this metric, it’s no coincidence that poultry producers seek tools that help them enhance their feed investment. The Refined Functional Carbohydrates (RFCs) found in Celmanax have many benefits, not the least of which is helping to improve bird health.

As you may recall, RFCs are the components harvested from yeast cell walls (S. cerevisiae) using specific enzymes during a proprietary manufacturing process. This enzymatic hydrolysis yields MOS (Mannan Oligosaccharides), Beta 1,3-1,6 glucans and D-Mannose—all of which are readily bioavailable in the product due to this proprietary process. RFCs are a non-antibiotic feed additive that help support the beneficial bacteria found in the gut while blocking sites for attachment by certain pathogens.

This area of nutrition is of increasing interest to producers and industry experts, and is a wide-open research topic. That’s because, as researchers at the University of Arkansas note, it is possible to affect the development of the gut and the competitiveness of beneficial and harmful bacteria by dietary means— which can alter gut dynamics and also many physiologic processes. To this end, the following data illustrate how RFCs positively influence bird health and resulting feed efficiency improvements under a variety of conditions.

A recent trial examined the effects of Celmanax SCP on turkey poult performance when they were placed in stressful production environments. During the trial, 204-day-old male turkey poults were distributed in completely randomised replicated pens/treatments.

• All poults were transported at weeks six, 12 and 16 to mimic industry practice. During weeks of transport, on alternate days, birds were exposed to an environmental challenge of E. coli to emulate field conditions

Additional trials explored how RFCs helped broilers improve performance in the face of health and environmental challenges, as well. In this instance, the researchers examined the effects of clean water, mycotoxins and coccidia, as well as RFCs (50 g/MT), on broilers. The basal diet contained on average 50 ppb aflatoxin, 0.4 ppm deoxynivalenol (also known as DON) and 2.7 ppm fumonisin, and treatments included new or used litter, clean or unchanged water and diets that did or did not include a coccidiostat.

Researchers found that the study demonstrated the capacity of RFCs to maintain feed efficiencies in the absence of a coccidiostat in the grower and finisher phase. In the presence of water, litter, mycotoxin and coccidia challenges, RFCs improved the feed conversion ratio at 35 and 49 days of age. It was found that under these challenge conditions, the addition of RFCs to diets in all three broiler growth phases was found to support optimal performance. In conclusion, the findings from each of these trials underscore the ability of RFCs to make a positive difference in efficiency, enabling producers to capture greater productivity from their feed investment.

Protect flocks against mycotoxins with RFCs

What is in your farm’s microbial terroir?