Phytogenics against red mite in poultry

Dermanyssus gallinae (D. gallinae) is an increasing epidemiological and economical problem for the poultry industry worldwide. Economic costs associated with both control and production losses due to D. gallinae have been estimated at €130 million per year for the EU egg industry. Increase in death rates, anaemia, feather pecking and cannibalism behaviour, declines in egg quality and egg production, increase feed conversion and its role as a disease vector are the most important negative aspects of infection by poultry red mite. In Iran more than 90% of commercial layers are on average infected with D. gallinae.

With D. gallinae’s increasing resistance to synthetic acaricides research concerning all aspects of D. gallinae has increased in recent years. There is still a need to identify novel control methods for the poultry red mites. Extracts and essential oils of various plants have potential for use as parasite controls because they have insecticidal activity. In Iran, a product* with eucalyptus, thyme, chamomile, garlic and a (patented) mineral compound is commonly used.

Controlling red mite with a forbidden substance called Fipronil caused a food scare in the Netherlands and Belgium this year. Many poultry farms had to be locked down, eggs had to be destroyed and farmers were left with huge financial losses. Read more about this on PoultryWorld.net.

The product, described above, is authorised by Iran Veterinary Organization and is the first effective powder product which is administered via feed to control poultry red mite. A trial was done to evaluate the safety and efficacy of natural ingredients containing plant extracts in commercial layers farm in Tehran, Iran. A total of 5,000 commercial white laying hens Hyline w-98 strain (45 weeks of age) with high natural mite infestation were selected for this 8 weeks study and divided into the 4 identical groups. The trial was conducted in 4 separate houses on farm. Each group had 4 different treatments with 3 dose levels of the product (1kg, 1.5kg, and 2kg per ton of complete feed). The 4th group was used as an untreated control group. All groups were fed the standard diet and the other conditions were similar for all groups. In addition to the number of mites the following factors were measured throughout the experiment:

In order to collect mites, the traps were placed on the houses and always removed after 24 hours. The collected mites were counted weekly until the end of the trial. At the end of the study red mites decreased over 75%. In contrast to the control group the mite population increased. Egg production increased 5%. The product also significantly reduced faecal ammonia emission until 70%, possibly through a decrease in faecal pH. It caused 50% total count bacteria reduction. Egg-shell quality and egg interior quality were not affected. 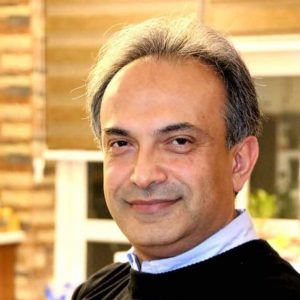 Amiri A A Poultry specialist