Globally, we have to reduce the use of antibiotics to hence reduce antimicrobial resistance. Restoring and enhancing diversity of the microbiota by adding mannan-rich fragments in the diet can be used to reach this goal.

The gut plays a critical role in health and well-being and houses a vastly complex community of microorganisms. Inoculation occurs immediately after birth, with diversity and complexity increasing until the microbial ecosystem has reached a relatively steady state. This diversity is crucial to the gut’s function as a protective barrier and provides resistance to colonisation of pathogenic organisms, such as Salmonella, Escherichia and Campylobacter, as well as exerting beneficial effects on immune function.

The gastrointestinal (GI) tract is the primary site of nutrient absorption and digestion. It is also the body’s largest endocrine organ. However, the epithelial lining is comprised of a single layer of cells that, together, absorb nutrients, provide a protective barrier for internal tissues and produce protective mucin and antimicrobial compounds. The intestinal epithelium consists of villi (Figure 1), finger-like projections into the gut lumen that greatly increase the surface area available for absorption. Several different types of cells comprise the epithelial layer, which, together, influence gut integrity and defence against pathogens. The primary absorptive cells, enterocytes, are the most abundant and are covered in microvilli. They secrete antimicrobial proteins with activity against bacteria, fungi and protozoa. Enterocytes are tightly packed together via ‘tight junctions’, to form a physical barrier that prevents the uncontrolled access of fluid, bacteria and other substances into the body system. If the tight junctions are defective, the gut becomes more permeable, which leads to a condition termed ‘leaky gut’ associated with diarrhoea and ill-thrift.

Goblet cells are also present in the epithelium and produce mucins, proteins that form the protective mucus barrier over the gut surface. At the bottom of the villi crypts are Paneth cells that generate antimicrobial materials and play an important role in immune defence. In addition to the distinct cell types comprising the epithelium, an entire ecosystem of microbes, termed the gut microbiota, exists within the GI tract. This microbial community within the gut is involved in pathogen control, immune function, nutrient provision and intestinal morphology.

The role of the gut microbiota

The gut microbiota can vary greatly between individuals, depending on genotype, age, environmental factors, diet and use of antimicrobials. However, despite this variation, around 90% of the contributing organisms are of the phyla Bacteriodetes and Firmicutes (Qin et al., 2010). The gut microbiota can profoundly influence the health of the host and has been implicated in many disease states, including insulin resistance (Sharma and Tripathi, 2018), pancreatic disease (Akshintala et al., 2019) and cardiovascular disease (Peng et al., 2018), to name a few. Animals are born with no effective gut microbiota and inoculation and colonisation begins to occur immediately after birth. Colonisation both educates the immune system and moderates its reaction to antigens while also providing nutrients, such as some vitamins and amino acids, as well as short-chain fatty acids (den Besten et al., 2013). It is well-established that the gut microbiota can play a significant role in food component digestion and absorption (Sharma and Tripathi, 2018) and, thus, can also positively affect energy release from the diet.

Figure 1 – Illustration of a villus found in the gut.

A diverse population of commensal bacteria can inhibit enteropathogens from colonising and infecting the gut, a function termed ‘colonisation resistance’ (Stecher et al., 2010; Pamer, 2016). Effective colonisation resistance requires a highly diverse and complex microbiota and animals with low diversity are likely more susceptible to enteric pathologies. Reduced gut microbial diversity also increases the risk of colonisation of pathogenic bacteria, resulting in gut inflammation and a potentially systemic response. There is evidence suggesting the modulation of immune function by the gut microbiota. Gut microbes modulate the expression of certain receptors in the gut that affect gut permeability. Imbalances in gut microbiota can lead to increased gut permeability and unregulated proinflammatory cytokines, as well as metabolic endotoxaemia and insulin resistance (Cani et al., 2007; Sharma and Tripathi, 2018).

Factors affecting gut microbiota can be broadly categorised into three classes: host-associated, biotic and abiotic. Host-associated factors include the host’s own genetic make-up and heritable taxa have been identified (Ishiguro et al., 2018). The host’s immune system also plays a role. By far the most influential factors are environmental and food source. Host lifestyle and diet play a key role in development and maintenance of the gut microbiota with environmental sources of microbes contributing to colonisation immediately after birth. Diet and medication also have a significant impact on the microbial community within the gut, with medications accounting for the greatest variation between individuals (Ishiguro et al., 2018). Diet is the major determinant of rumen bacterial community structure (Pitta et al., in press). Medication, including, but not limited to, antibiotics, has a significant impact on gut microbiota and, subsequently, on host health. Due to their non-specific action, antibiotic use results in changes in the intestinal microbiota (Figure 2) and a reduction in diversity and complexity (Pamer, 2013). Consequently, colonisation resistance decreases and animals become more susceptible to enteric pathogens (Pamer, 2013). This reduced colonisation resistance has been implicated in one of the greatest threats to both this and subsequent generations: antimicrobial resistance (AMR).

Figure 2 – Illustration of changes in microbial diversity with antibiotic use, followed by rehabilitation.

Antimicrobial resistance has always been present, however, the current, potentially increasing, level of resistance is alarming and reports exist that highlight the severity of the issue (O’Neill, 2016). Consequently, there is global pressure to reduce the level of antimicrobials used in both human and animal medicine and to restrict the use of antibiotics in animals to therapeutic use only (Murphy, 2017a). Antibiotic use selects for the expansion of resistant species to the detriment of non-resistant commensal strains. Worryingly, even with a decline in the use of antimicrobials, antibiotic resistance is still present in animals that have not received antibiotic growth promoters (AGP), illustrating that simple restrictions are not enough to combat resistance (Murphy, 2017b).

Rehabilitation of the gut microbiota

Restoring and enhancing diversity of the microbiota can be used in the arsenal against AMR. Essentially, there are three steps to increasing microbial diversity: Normalise gut microflora – enhance microbial diversity, shift the balance – reduce pathogen load and break the cycle – decrease antibiotic use. Numerous nutritional supplements target intestinal health with the aim of stabilising the gut flora and reducing the susceptibility of the host to disease (Yang et al., 2009), including prebiotics, probiotics, enzymes and plant extracts (Murphy et al., 2017b). Mannan-rich fragments (MRF) have demonstrated particularly consistent and reproducible benefits to the gut microbiota (Corrigan et al., 2015; Corrigan et al., 2018). Since 1999, the use of MRFs in animal feed has become increasingly more prominent, mainly due to the European ban on prophylactic AGP in animal feed. Most MRF products are derived from the cell wall of the yeast strain, Saccharomyces cerevisiae.

Gut health challenges can lead to a predominance of a particular bacterial group, usually Firmicutes. Mannan-rich fragments can influence microbial diversity by increasing the prevalence of Bacteroidetes, another group of bacteria, while concomitantly reducing the abundance of Firmicutes, thus redressing the balance. Bacteriodetes bacteria generate acetate, which is a substrate for butyrate-producing bacteria. Butyrate has long been associated with beneficial effects on the gut epithelium. Additionally, reductions in undesirable proteobacteria have been noted with dietary inclusion of MRF (Corrigan et al., in press). As mentioned previously, colonisation resistance relies on microbial diversity and recent research has demonstrated that enhancing microbial diversity has the potential to reduce Campylobacter load in the caecum (Corrigan et al., 2017). Additionally, Salmonella and E. coli infection can occur by attachment and/or invasion of bacteria into cells, and MRF has been demonstrated to reduce pathogen attachment to neonatal porcine intestinal cells. Bacteria bind to epithelial cells via lectins that recognise specific sugars on the cell surface. Many pathogenic bacteria found in the gut have Type 1 fimbriae (projections) that recognise and bind to mannose. Mannan-rich fragments can bind to these mannose-recognising projections and prevent the bacterium binding to the cell surface, subsequently reducing the risk of colonisation by the pathogen.

Gut inflammation is generally something to avoid and MRF is able to mediate inflammatory reactions within the gut. Aris and Bach (2010) observed that dietary inclusion of MRF in calves reduced and increased expression of pro- and less inflammatory cytokines, respectively, in the explants of gut tissue. This result remained consistent irrespective of artificial infection of the explants with E. coli. The gut is the gateway to the body and an imbalance in the microbial ecosystem within it (termed dysbiosis) can have profound and lasting effects on the health of the animal. Addressing this imbalance can lead to significant improvements in performance. In a recent meta-analysis, Berge (2016) noted an increase of 64 g/h/d in average daily gain in calves supplemented with MRF. Other beneficial effects of the dietary inclusion of MRF to address gut health included fewer and less severe cases of diarrhoea and respiratory infection.

The gut microbiota has significant influence on host health, immunity and physiology and can play a role in helping to reduce reliance on antimicrobials. However, a diverse and complex microbiota is required to maximise resistance against colonisation of pathogenic species and the reduction in susceptibility to disease. Mannan-rich fragments are a proven dietary intervention that can improve diversity in the intestinal microbiota, leading to a reduced reliance on antibiotics. 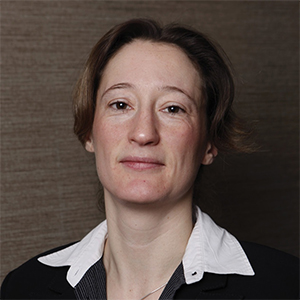 Solutions to help reduce the use of antibiotics and antimicrobial resistance