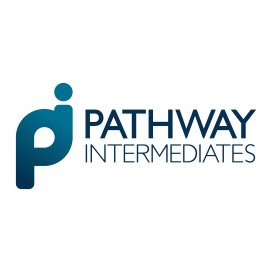 Since March 2020, chitosan has attracted a lot of attention from the scientific community. It has made multiple appearances within a number of scientific journals for its potential usage as an immune modulator, drug delivery agent, vaccine adjuvant and nanofibre protection application against coronavirus.

Chitosan is derived from chitin, the second most abundant natural polymer followed only by cellulose. In nature, chitin can be found in the cell wall of certain fungi class, in green algae, yeast, protozoa as well as in insect cuticles. It is also the structural component of the hard shell of crustaceans.

Chitin is a linear polymer of N-acetyl-D-glucosamine repeats with β-1,4 glycosidic bonds. Due to its large molecular weight, chitin is insoluble and cannot be digested. When the acetyl group is removed from chitin through deacetylation, we obtain a smaller polymer, the chitosan. Because acetyl groups are not completely removed, chitosan is made of both N-acetyl-D-glucosamine and D-glucosamine. During the deacetylation process, molecular weight is reduced down to 1/10th of its original size (10,000~1,000,000 Da), allowing chitosan to be acid soluble (Figure 1). With further enzymatic hydrolysis, chito-oligosaccharide (COS) can be finally obtained which is significantly lower in molecular weight (100~10,000 Da) and has excellent water solubility. Due to such differences in size and solubility, there is a key difference between chitosan and COS on its biological mode of action.

Figure 1 – Chitin is deacetylated to chitosan and chito-oligosacchide (COS).

Chitosan is acid soluble and this results in partial digestion by the host, thus chitosan will most likely remain in the gut lumen. As a natural polymer, chitosan has been recognised for its prebiotic effect where intestinal microflora was reportedly shifted, favouring growth of beneficial bacteria. Moreover, as chitosan is polycationic in nature due to its multiple positively charged amine groups, it possess a strong antimicrobial property (Table 1).

On the other hand, COS is water soluble and can be readily digested. Once absorbed, COS has shown to facilitate reverse cholesterol transport which aids in excretion of excess cholesterol. Also, COS is known to upregulate gene expression, which promotes osteoblast differentiation. This may contribute to stronger bone status and reduce osteoporosis incidence (Table 1).

Although the use of chitosan and COS as feed supplements has not been studied extensively, a nice review by Swiatkiewicz and colleagues (2015) summarised results from earlier studies, where chitosan and COS showed potential as feed additives based on their beneficial immunomodulatory, anti-oxidative, antimicrobial and hypocholesterolemic properties. The authors have concluded that chitosan and COS have shown growth promoting effects similar to that of AGP (Figure 2).

Figure 2 – Proposed mode of action for chitosan and chito-oligosaccharide (COS) in animal nutrition.

For more than 30 years, Pathway Intermediates has been manufacturing a chitosan and COS product from qualified crab shells through a solid state fermentation process with patented seed microbes. Not only has this product helped producers around the world enhance productivity, it has shown its efficacy through scientific research for multiple livestock species including laying hens, broilers, ducks and pigs.

Bacteriophage: The alternative solution to AGPs