“We are the world’s engine of enzyme development”

Just recently the renowned nutrition and health company DSM introduced the new enzyme Balancius onto the European market. “It’s the first enzyme targeting dead cells and unlocking their nutritional potential,” says DSM vice president Enzymes and Eubiotics Sebastian Marten. He continues: “This is an absolute breakthrough innovation and we are very bold about this.”

In the wake of DSM’s launch of it’s new enzyme Balancius at the European symposium on poultry nutrition in Gdanks, Poultry World (sister publication of All About Feed) sat down with Sebastian Marten. As vice president Enzymes and Eubiotics he oversees the companies innovation programme and long term strategy. “As a leader in the field of animal nutrition and health, we are at the forefront of innovation and sustainability. That is what our customers and society as a whole demands from us and that is what is embedded in our DNA.” According to Mr Marten the company’s strategy for the next 5-10 years revolves around sustainability. “Many people said it ­before, but our industry has a tremendous challenge lying ahead. Feeding the ever growing hunger of the world, we face additional pressure on the limited natural resources. Improving efficiency and making sure that broilers digest every gram of ­nutrients they ingest is key in the quest for maximum sustainability.”

More than two decades ago DSM realised that enzymes could play an important role in ensuring optimal performance of the bird’s digestive tract. It was then that they joined forces with Novozymes, a world leader in bio-innovation. “This alliance sped things up as both partners exchanged their knowledge and existing work. What was done, in essence, is that we looked at what we both had in the field of enzymes and looked at what was still out there.” Until now all enzyme products out there target living bacteria. Mr Marten: “That makes perfect sense, because in biology you are focused on making a difference for the living. An entire science was focused on the living and we too have a fantastic track record and product portfolio in place.” Mr Marten continues: “But, DSM is all about breakthrough innovations. You don’t become the engine of enzyme development in the world by staying in your comfort zone.”

It was about 10 years ago that DSM and Novozymes started thinking of new possibilities of enzyme use. “About 5 years ago we started to push for a new enzyme, which led to the Balancius product,” Mr Marten explains. The central question was if there was an enzyme out there that could target the so called peptidoglycans. “These are the main components of bacterial cell debris, which are continuously released into the gastrointestinal tract as bacterial cells divide and die. These remnants of dead cells are abundant and except from being wasted they can form a layer on the inside of the gut wall, preventing optimal nutrient absorption. The main thought was to hydrolyse and use the nutrients from the dead cells and as a bonus we get rid of the digestive ­inefficiency that is caused by the dead cell debris layer in the gut.”

Due to regulatory processes Balancius was first launched in Latin America and in the US in September 2018. Only recently the European ESFA body approved the product. “Now it is available in all EU countries, as well as South Africa, Serbia, Nigeria and Moldova. “The phased introduction confirmed the mode of action which we already saw in our trails. The product has a positive impact on litter quality, breast meat quality and overall growth potential of the birds. In trails we measured an improved feed conversion ration by 4-6 points.” According to DSM calculations based on the FAO’s estimates of greenhouse gas emissions in chicken production, Balancius could reduce emissions by an estimated 9 million tons globally, the equivalent of 3.7 million cars being taken off the road. Mr Marten: “As said, sustainability is one of our key goals and in this product it goes hand in hand with animal performance and welfare.”

According to Mr Marten, DSM has years of R&D advantage on its competitors with Balancius. “It really is a breakthrough innovation. For a company that is as conservative in it’s statements as ours, that is a bold statement. We are confident about our work and the results with customers.” With broilers as a starting point and with evaluation of customer results in full swing, DSM is now looking at the possibilities of the enzyme in other species. “More trail work has to be done, as we want to make sure that the product works.” And it does not stop there: “There is more in our R&D pipeline and with that I don’t mean the classical enzymes. Balancius is the first of a new class of enzymes. We look for an extension of our product portfolio each year, but that will happen only when we are confident we have the right product in hand. Quality and reliability of the products always come first at DSM.” 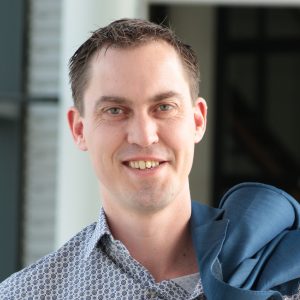 Benefits of propolis and bee pollen in broiler diets