The feed pelleting process consumes a lot of energy. One way to reduce the energy needed is to use enzymes. They are known to speed up reactions and reduce the friction on the dies.

Livestock producers worldwide are aiming to meet a growing animal protein demand. The consumer’s awareness on sustainability puts pressure on the global feed industry to document that the production of farmed animals is safe and environmentally sustainable. The power consumption (PC) during animal feed pelleting (AFP) and release of the greenhouse gases raised the argument against sustainability of farming. Therefore PC during AFP might be considered a crucial factor related to sustainable feed manufacturing and shouldn’t be neglected. The steam-treatment during AFP is known to efficiently reduce pathogens in the feed mash and also deliver economic benefits.

Energy use in the feed mill

The global AFP is hard to quantify but recent data suggests a figure in the magnitude of 850 million tonnes of feed for all species. According to a report produced by Carbon Trust (2010) the average electrical power spent on feed manufacturing in the UK was approximately 85 kWh/t. A typical mill in the UK that produces annually 250,000 tonnes of feed would be likely to spend £750,000 (€913,400) on energy. As a consequence of these costs the feed industry and the research institutions are trying to increase the power savings during AFP. These savings must be sustainable and without challenging the feed-quality or hygiene parameters. The major PC during the AFP happens in the pellet-mill by friction between the feed mash, die and the rollers (Mohsenin, 1986). The coefficient of friction (cf) is determined by the ratio between the force of friction and the force normal to the surface of contact. The cf is depended on the properties of the pellet-mill and the conditioned feed material. If the material remains in a compacted state in the die hole, an increase in shear occurs and the binding between particles increases and hence better physical properties of the feed pellets. Die specification influences the pellet quality by about 35% (Reimer, 1992). Friction reduction by the die/roller setting can guide towards improvements of physical properties of the feed pellets (Miladinovic and Svihus, 2005) yet, with higher PC.

How enzymes can help

The ability of enzymes to reduce the viscosity in the cereal grain and hence reduction in PC was recognised by Marquardt and Brufau (1997). Enzymes as a biological catalysts are proven to speed-up reactions during the feed conditioning and can also increase the pellet-die life due to reduction of frictional heating. Most enzyme products are available in two physical forms, dry powders and water soluble liquids. Powder-enzymes versus liquid-enzymes are expected to be easy to mix and more stable. Enzymes are normally mixed together with other feed components before production. The scientific results are showing positive animal performance with enzymes and their optimal dosage (Spring and Gadient, 1997). However, the literature doesn’t provide information about the influence of various enzymes on the reduced PC during AFP. Therefore, the systematic research was urgently required and FôrTek investigated the effects of various enzyme-products and their combination on the subsequent PC during the AFP.

The commercial maize-based poultry diets were prepared at FôrTek by grinding the raw materials using the hammer-mill setting of 3mm screen size and mixing the raw ingredients with twin-shaft-paddle mixer in 60 seconds. The addition of all liquid-based enzymes was performed by spraying after first mixing the liquid-enzymes with 0.2% water. Powder-enzymes were mixed together with 1 kg of mixed mash before the addition in the mixer. All enzyme products were added during the feed mixing process prior to the hydrothermal pelleting process. Each of the enzyme products was applied at the recommended commercial level. The experimental production design is presented in Table 1. A series of pelleting trials, including the same level of steam conditioning, was carried out with a fixed throughput of approximately 1100 kg/h. Each diet was heated prior AFP at 81°C in a continuous flow conditioner for 30 seconds. Conditioning temperature was controlled automatically. The ring-die pellet press with two rolls and fixed distance to a die of approximately 1 mm was used. The diameter of the die-holes was 3 mm and length 42 mm. The PC measurements were performed with HOIKI clamp-on power logger once every 60 seconds for 40 minutes. An average of 10 kg of each sample was collected immediately after pelleting and cooled for 10 minutes. After cooling, approximately 2.5 kg of feed sample for each diet was randomly collected for further analyses. Moisture analyses was done by standard procedure (EU 71/393). Pellet durability index (PDI%) was measured by the New Holmen pellet-tester as triplicates of approximately 100 grams each. The PDI% reading from the pellet-tester was recorded manually. Hardness analyses defined as the maximum force needed to crush a pellet were performed by Kahl cylinder tester for each diet on 15 equally-sized feed pellets.

Results presented in Table 1 are the mean-values. After the mash conditioning and prior to AFP the mash moistures were different (+/-0.5%) due to inconsistent automatic steam addition. This difference had no significant influence on PC (Figure 1). After cooling all moistures were under the commercial values (Table 1). The variation in moisture prior to AFP had low influence on PC or physical properties of feed pellets (Figure 1, 2 and 3). That is presented by the low R² values. However, there is an indication that lower moisture content might decrease the durability, which was generally expected due to lower H+ bonding between particles. For hardness analyses this was not observed (Figure 3). Yet, the difference in PC caused by adding the enzymatic products (Figure 4) had significant influence on lower product durability (Figure 5). This might be directly related to reduce viscosity, lower coefficient of friction and lower compaction forces between the ring-die and rollers. The strongest observation was related to liquid form of Econase XT25 with optimal durability and hardness. For best physical characteristics of the feed pellets the combination of powder enzymes, Econase XT5 and Quantum Blue 40, should be considered. To assess the stability of the enzyme product for a pre pelleting application for powder and liquid the enzyme recovery index (RI) against the expected values was observed. Values presented in Table 1 indicate that all enzyme products had the expected or higher RI at commercial mash-conditioning temperatures.

This article indicates that the enzyme products tested, regardless of the enzyme form, lowered PC during pelleting. This was strongly indicated for the liquid form enzyme Econase XT 25. Reduction of the PC during pelleting for liquid enzymes was approximately 30% and for powder form this was 26% when compared to the basal diet. Enzymes are considered feed additives and are handled as such by the feed industry. It can be expected that the use of enzymes will in the future become even more widespread and that they will have compiled production-targets as well as nutritional benefits. Research related to power-consumption reduction through the use of enzymes will not only continue at an efficient pace but will certainly speed-up with many benefits being accomplished.

References are available on request from the author (dejan.miladinovic@nmbu.no) 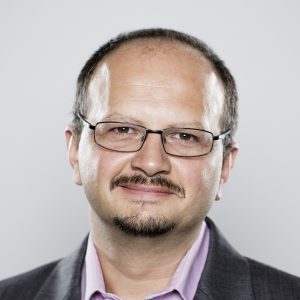