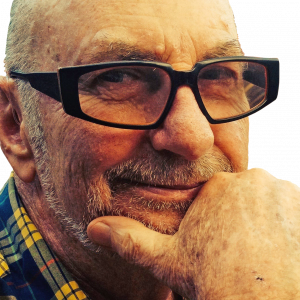 Is the cost of feed the only factor driving up the price of farmed fish?

The report gave 6 reasons why it felt this discrepancy would occur:

So, at the beginning of 2018, how clear was their crystal ball? The report also said the rise in the wild harvest would rise, about 23% on average. Its value would be held down by the increase proportion of low value species in the catch. Well, they certainly got the population growth right, but that wasn’t too difficult. Income growth, as the world economy dragged itself up from canvas after the GFC, was equally predictable. And the wild fishery plateaued last century. 3 out of 3; not bad, eh?

Considering the cost of aquafeed is predominantly fishmeal and/or oil, you wouldn’t envy them having to hang their hat on that one, now would you? An El Niño oscillation can put some serious pressure on the anchovy crop from the Eastern Pacific. Countering that of course, is the increase in the way fish are marketed, as fillets. This generates a lot of fish waste, which is turned into meal and oil. While it’s not a premium grade product, the cost is determined, as are all diet ingredients, by their nutritional availability, which in turn is pegged to the el primo anchovy-based product from Chile and Peru. The bottom line here is that, without going into insect larvae protein option, there’s a second line of supply of natural fish food ingredient: other fish. But the global price of fishmeal is interesting. Keeping it simple, the January price for the ingredient over the first relative eight years of the prediction has ranged from USD1,386/tonne to USD1,919/tonne. That’s an increase of nearly 40% for an item that makes up nearly 50% of an input, the feed, which makes up around 50-80% of the growing costs. Furthermore, in that period there have been three peaks and two troughs. True, the feed manufacturers would iron out minor dips and dives in the price, but long-term trends would be factored in to the on-farm cost to the growers. You wouldn’t want to be the CFO trying to establish some forward planning with that factor floating around in your algorithms, now would you? Other ingredient costs have been subject to the same global supply and demand considerations. And it should be pointed out that agricultural proteins are increasingly being incorporated into aquaculture diets. But has the price of fish food increased over the period?

What is the answer?

Getting an answer to this is problematical. The manufacturers and growers, understandably, play their cards very close to their chest. From what data can be compiled, feed prices have been on a steady upward trajectory with spikes that coincide with spikes in the fishmeal/oil shortages. It would not be grossly inaccurate to say that feed prices have increased by around 30% since 2011. A weaker US dollar? Well that really depends on which currency you value it against. From Dec 2011 it rose against the Little Aussie Battler, the yen, the pound and the Euro. Bzzzzz! Next. Higher crude oil prices? Are you kidding? They’ve fallen through the floor and taken a couple of dependent economies with them. But that’s 4 out of 6. You’d call it a pass, wouldn’t you? And the price of the farmed product has been going up. But how much more influence has been the simple supply and demand factor?

The one thing the learned folk at OEDC-FAO overlooked was the environmental impact on the range of cold blooded aquatic species that make up our fisherman’s basket. Species that are trying to adapt to violent temperature fluctuations and extreme weather conditions. Vast aquaculture provinces have been stressed at best and smashed at worst. Red tides, POMS outbreaks, just to mention a couple, have wiped out almost entire crops in a season. Gill amoebae and sea lice have impacted production targets and temperatures outside the upper and lower critical limits have compromised the immune system of farmed fish and seafood, with the consequential advantage of numerous aquatic pathogens. It really does seem like a case of don’t mention the war.

But we started talking about the comparative prices of the farmed and the wild caught product. Production of the harvested product is pretty much fixed, and has been for some decades now. On reported figures, it’s been hovering near the 90MT mark since last century. In that time the aquaculture crop has reached 75MT, or around 44% of the total production. The wild fishery has probably just about reached its maximum efficiency; spotter planes, sonar and super trawlers have driven dramatic economic changes in the fishery. While this may not have always been for the social good, it’s left the current output and production cost pretty much solely at the mercy of fuel prices and the natural recovery capacity of the particular resource. Their traditional default position has been as price takers. With a perishable product on their hands, processors and distributors have made sure that doesn’t change.

On the other hand, the aquaculture sector has assumed control of the availability of its resource base. It can churn out seedstock at will from dedicated hatcheries, and, in theory, produce as much finished product as the markets will consume. Leaving the ‘in theory’ part of the equation aside, this means they have ever increasing control over the limiting factors that determine production. Producers can increase efficiency and output and reduce costs as quickly as they can bring technology to bear on elements such as genetics and nutrition. And that’s exactly what’s being done. So, I hear you say, this should bring the price down, not drive it up. Well, there are a few components that push up costs, and feed’s the biggest of those. We’ve spoken about that before, I’m sure. How the environmental extremes that will hit the wild fishery’s production will hit the amount of fish meal from the world fishery available to the farms. And how the shortage will drive up prices in the scramble for this crucial ingredient.

And there’s another consideration to take into account. We spoke with nutritionist, Bill Wiadrowski of Natural Balance; he pointed out that there really wasn’t anything that came close to the real thing. What is actually happening (in my humble opinion) is we are witnessing a gradual and continual reduction in the biodiversity of the animal’s microbiome through using ingredients that are not naturally sympathetic to the microbiome’s requirements. It must be remembered the microbiota have developed over millions of years in harmony with the animal’s evolution, resulting in a highly specific requirement on behalf of both the host and the microbiota. Purified ingredients, antibiotics and stress all have a role to play in affecting microbiome diversity, with the end result being an over active (compromised) immune system caused through continued low level inflammation in the gut. Low level inflammation results in changes to the microbiome with a resultant influence on growth, mood, disease resistance and well-being. Power and wages would probably be the next two biggest inputs, and let’s not forget the servicing of capex and the cost of developing the new technology. Genetics and nutrition programs take time to bring to fruition and carry a dollar value as well. Interest rates are set to come out of the doldrums, wages ditto, and power just keeps getting dearer and dearer. But I’d like to suggest that the most compelling reason prices for the farmed product will continue to rise – driven by increased feed costs – is that the aquaculture industry is in a position to be price setters, not price takers.

We have to farm it

The consumers have become used to the convenience of the fish portions provided by the farming sector. They don’t have to look it in the eye and worry about its freshness. Or at least they shouldn’t. They just ask their fishmonger or supermarket attendant to wrap it up and weigh it. And retailers have come to rely on the dependability of the quality and supply. This gives the producer a certain amount of power at the bargaining table. Sure, there’ll be some argy bargy, but the retailers aren’t going to squeeze their suppliers out of business, especially when they’re making life so much easier for them and bringing the punters through the door. There’s another compelling reason; if the world wants to eat fresh fish and seafood, the world’s going to have to farm it. And suck up the price rises that come with the guarantee of supply. And over the last 8 years they’ve shown that they are willing to do that.

Russian aquaculture vulnerable in the face of sanctions

Uzbekistan to ramp up farmed fish production in 2022