Soliq is a new concept in layer feeding which results in a more uniform flock and higher performance, according to three partnering companies who together developed the system. It is based on moistening the compound feed, thus preventing the hens from “cherry-picking”.

The Soliq concept was developed through close cooperation between Agrifirm and Bonda in the Netherlands and Roxell in Belgium. Agrifirm is a well-known and large supplier of compound feed, whereas their subsidiary Bonda is a specialist in moist animal feeds, mainly for pigs and ruminants. Roxell developed the technology to thoroughly mix and distribute the feed in the layer house.

The Soliq concept is based on moistening dry compound layer mash feed with a liquid layer premix. The result is an evenly mixed moist ration. Thanks to the moisture, big and small grains in the ration easily stick to each other. As a result, the hens can no longer select and pick the biggest grains from the ration, reducing the so-called “cherry-picking”. Thus, all the birds will have the same chance of getting what they need.
Roxell developed a device through which the liquid layer premix is precisely dispensed into the compound feed. It can only be used in combination with the Bridolay spiral feeding system of Roxell, enabling the feed to thoroughly be mixed and distributed among the birds.

According to the partnering companies, moist feed is beneficial for the gastro-intestinal tract and health of the birds. This will lead to better development of the body and thus to more uniform and higher performing flocks.
Field tests were carried out at the Agrifirm Innovation Center in the Netherlands. From the results it became clear that hens laid four more eggs on average throughout the laying period and they digested the feed more effectively. As a result, an advantage of €0.45 per housed hen was calculated. Tests on two layer farms in the Netherlands gave similar results.
Besides the advantages mentioned, the three cooperating companies state that the Soliq system leads to a 5.1% lower carbon footprint, compared to traditional feeding regimes. This is based on the assumption that the Soliq ration contains 11% more co-products and 12% less soy. 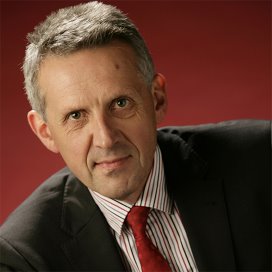