Unrest in grain market due to Russian cancellation of deal​

The grain market was in turmoil because Russia cancelled the grain deal. Exports have now resumed.

Russia suspended the deal over the weekend due to nighttime drone strikes allegedly carried out by Ukraine, with British aid, on naval and grain ships near Sevastopol in Russia-applied Crimea.

The grain futures market reacted quickly with rising prices. Grain became almost 6% more expensive on Monday, October 31. Corn and soya also rose in price. The United Nations took on the task of contacting Moscow. Together with Ukraine and Turkey, the latter country was one of the initiators of the grain deal, a new agreement was signed on Monday, but Russia is not yet willing to cooperate.

On Monday, Russia’s agriculture minister said he plans to supply up to 500,000 tons of grain to poor countries over the next 4 months, with Turkey’s help.

With this section All About Feed offers readers access to the futures giving a clear overview of the latest developments for wheat, corn and soy beans. Stay up-to-date…

The UN fears a worse food crisis if grain stays out of many parts of the world and calls for the deal to be respected. According to Ukrainian President Volodimir Zelensky, the Russians are threatening large-scale famine as a result of this action.

The deal has already allowed the export of 9 million tons of Ukrainian grain. Only 3% of the food exported under the grain deal would have gone to the poorest countries, the rest were raw materials for animal feed, and destined for the European market, according to the FAO.

Russia blames the food crisis not on its own decision, but on “reckless actions” from Kiev. A ship was slightly damaged in Saturday’s drone attack.

The grain deal was concluded last summer to transport food raw materials via the Black Sea again in order to reduce acute hunger in Africa and Asia. They also hoped that global food prices would fall as a result. Since July, the deal has exported more than 9.5 million tons of maize, wheat, sunflower products, barley, rapeseed and soya through the Black Sea.

The agreement expires on November 19 and officials in Moscow had already expressed doubts about whether they would extend their participation.

When Russia withdrew from the deal, more than 10 ships lay idle on Sunday, Oct. 30, waiting to sail again, according to the agreement’s coordination centre in Turkey.

On Monday, 16 ships were able to continue their journey. That’s 12 outgoing and 4 incoming boats. In a statement, the JCC, the agreement’s coordination centre — which includes Russian officials in addition to Ukrainian, Turkish and UN personnel — said the 3 delegations also agreed to inspect 40 other outbound ships on Monday. The JCC reports that the Russian delegation is aware of both plans. 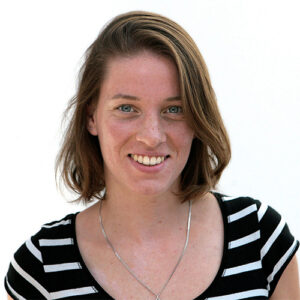 Wheat price in Paris suddenly back above €350