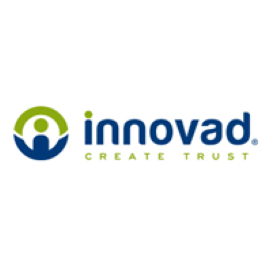 Over 4 years of research resulted in the development of an in vivo blood spot testing method for mycotoxins and the launch of the Rise Platform. One year later 5 key learnings have emerged that have relevance across the globe.

The dried blood spot (DBS) analysis process is minimally invasive, easy to use and simple to send for analysis. The platform uses the combined inputs of feed and blood mycotoxin analysis together with a diagnostic questionnaire to assess an accurate mycotoxin risk on any farm, at a given point in time.

Measuring for mycotoxins in feed alone is just not enough

Since the implementation over 700 blood samples have been analysed globally. What is abundantly apparent is that feed analysis for mycotoxins alone is not sufficient to assess a realistic mycotoxin threat. Which is why the European Food Safety Authority (EFSA) does not recognise any in vitro models for establishing efficacy of mycotoxin detoxification substances and recommends using body fluids as relevant endpoints.

Data from the Rise Platform supports this positioning in a way that has never been demonstrated before, as 82% of cases would have been missed without blood analysis. The reason for this large discrepancy between what is detected in the feed and what is detected in the blood is the rather large margin for error in feed sampling alone.

Not all mycotoxins are metabolised equally across species

For example, deoxynivalenol (DON) goes through a glucuronidation metabolic pathway in pigs, but this pathway has limited capacity. As such there remains high levels of DON in the blood making the pig more sensitive to this toxin (Figure 1). In chickens, the sulfation pathway of DON results in a near complete neutralisation of DON, making the chicken a lot less susceptible to this mycotoxin.

Similar metabolisation differences occur between chickens and turkeys, again with the former being less susceptible to Zearalenone (ZEN). It is thus important to take such metabolisation information into account when establishing a mycotoxin risk.

Figure 1 – Pigs are more sensitive to DON as the glucuronidation metabolic pathway to the metabolite DON-3-GlcA is limited in capacity, resulting in higher DON susceptibility. The sulfation pathway in chickens is more efficient at converting DON to DON3S as shown by blood plasma levels measured by high-resolution mass spectrometry (HRMS).

Not all mycotoxin detoxification products are created equal

Mycotoxins are not only metabolised differently by different species, but there can also be significant differences between mycotoxin detoxification products being sold in the market.

Most products function along 2 basic principles:

This can give significantly differing effects in the animal demonstrated by a study where 2 commercially available detoxifiers showed different blood toxicokinetics.

Innovad have been able to demonstrate that escent S in poultry gave a 50% and 40% reduction in DON (Figure 2) and aflatoxins (AFB1) (Figure 3), respectively under concomitant exposure to DON, AFB1 and ochratoxin (OTA). Similarly, a reduction in ZEN and DON was shown in an experimental study in pigs, even when the product was dosed at one third of the recommended dose.

Figure 2 – Addition of a mycotoxin detoxifier reduced the levels of orally administered DON as demonstrated by a 50% reduction of the metabolite DON-S in the blood plasma of chicken.

Figure 3- Addition of a mycotoxin detoxifier reduced the levels of orally administered aflatoxin B1 (AFB1) as demonstrated by a 40% reduction of AFB1 in the blood plasma of the chicken.

Mycotoxins rarely travel alone. In fact, on a global level 72% of blood samples show that animals are at a medium risk of exposure with 4 or more mycotoxins detected simultaneously (Figure 4). The relevance of this is significant because if feed analysis alone had been conducted only 18% of cases would have been detected at all. Even then, only 1 or 2 mycotoxins would have been detected and at much lower levels than are deemed problematic in the EU for example.

Figure 4 – On a global level 72% of blood samples presented 4 or more mycotoxins and 82% of cases would be missed with feed analysis only.

The data so far also demonstrates yet another very important principal that is often referred to in literature which is that concurrent infection with several mycotoxins has additive if not synergistic negative effects on the animal even at very low doses.

Interestingly the data also shows the value of using a diagnostic questionnaire as 86% of necrotic enteritis cases showed concurrent infection with DON and fumonisins. Similarly 83% of swine cases with reproductive problems showed detectable levels of ZEN or Alternaria spp. Demonstration the potential value of the Rise Platform as a diagnostic tool.

Figure 5 –  An overview of: a) the relative abundance (%); b) distribution (number) of mycotoxins and, c) risk level according to a heatmap, of the Rise Platform. The survey involved 126 feed samples and 680 blood samples, sampled as Dried Blood spots (DBS).

Illustrated in Table 1 is a typical case from an English farm. Although animals had several serious symptoms, including deaths, feed analysis only detected low concentration of deoxynivalenol. Oppositely, blood analyses discovered many mycotoxins, even aflatoxin metabolites at high concentration which indicated a worrying level of exposure to aflatoxins

Emerging mycotoxins may pose a bigger threat than we realise

While there is a wealth of knowledge surrounding the more common mycotoxins like DON, ZEN, aflatoxin, fumonisins, ochratoxins etc. significantly less is known about the mycotoxins that are being detected by the Rise Platform. The so-called emerging mycotoxins are not new, our ability to detect them has improved and therefore our knowledge about these toxins is ‘emerging’.

The toxins tenuazonic acid and alternariol from Alternaria spp. play a significantly larger role, which corroborates the observations from some recent feed surveys in swine feed. The extensive presence of Alternaria mycotoxins (Table 2) is of concern as they are described to induce relevant harmful effects in animals including fetotoxic and teratogenic effects, as well estrogenic activity like zearalenone. Among Alternaria toxins, tenuazonic acid is considered the most toxic and many in vivo studies demonstrated that it causes severe effects like intestinal multi-haemorrhages or impairment of the liver and kidney.

Similarly, initial toxicology investigations have shown that enniatin and beauvericin significantly reduce the immune response and predispose animals to other diseases. Whilst studies on these toxins are limited, initial findings indicate a remarkable potential toxic effect on the intestinal tissues.