Antibiotics should be used wisely in farm animals. Its use can be reduced by implementing good biosecurity, enhanced management practices and natural growth promoters on farms.

The discovery of antibiotics in the mid-19th century was a very important scientific achievement with successful widespread application for human medicine starting in the 1940s. Decades of research and development of numerous antibiotics helped to keep bacterial infections under control and save countless lives. Antibiotics have been used not only for human treatment but also for animals. Besides being used for treatment, antibiotics are also used for prophylaxis and for growth promotion of farm animals, which was banned in some countries and throughout the European Union. Yet, the ban on antibiotic growth promoters (AGPs), while certainly leading to a reduction in use, does not mean that antibiotics have been abandoned completely.

The most recent data available from the European Medicines Agency’s European Surveillance of Veterinary Antimicrobial Consumption (ESVAC) project shows the amount of antibiotics in 26 European countries by food producing animals in 2012 (Figure 1). These overall numbers do not account for the relative size of each country’s livestock industries. In order to get a clearer picture of the antibiotic usage intensity in each country, Figure 2 shows the use of antibiotics in food producing animals taking into account the quantity of produced animals in mg/PCU (population conversion unit). While countries such as Italy and Spain stand out on both counts, smaller Cyprus had the highest antibiotic usage intensity of all. 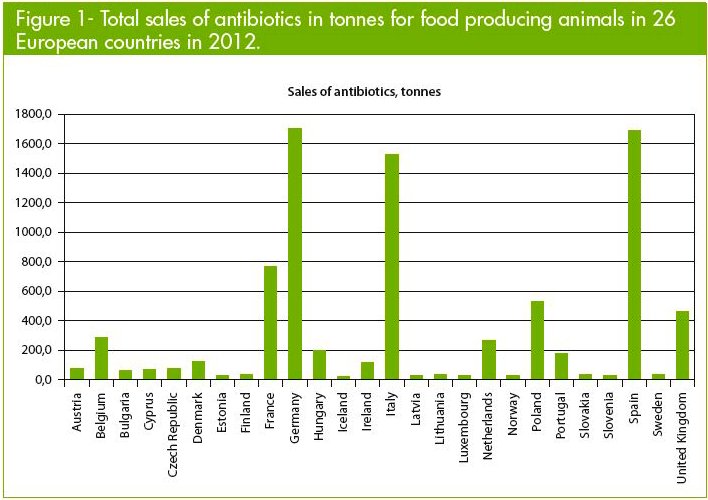 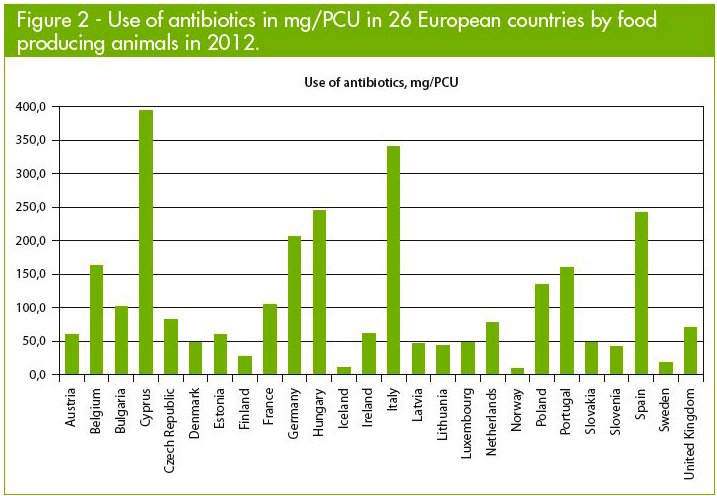 Resistance levels in swine and poultry 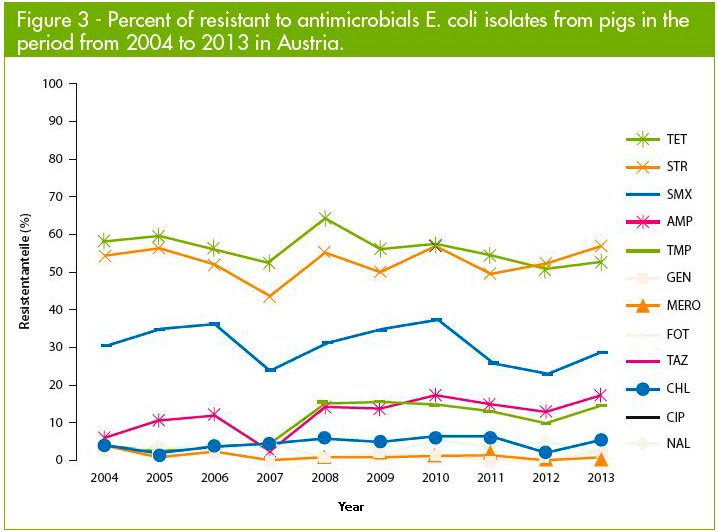 Reduced use of antibiotics

Of course, discontinuing AGP use is not without short-term setbacks. As documented in most of the EU countries following the 2006 ban, removal of antimicrobials initially accompanied an increase in mortality and decrease in performance. However, several countries where an AGP ban has been imposed have seen performance indicators rebound and later exceed earlier levels, likely due to improved biosecurity, management practices and feed formulation. Furthermore, application of innovative feed additives that possess antimicrobial properties such as phytogenics (botanicals), acids and probiotics have been shown to support natural growth promotion and reduce the incidence of various diseases. This suggests that it may be possible to reduce the amount of antibiotics used in livestock production and prevent further increases in antibiotic resistance by implementing good biosecurity, enhanced management practices and natural growth promoters on farms. 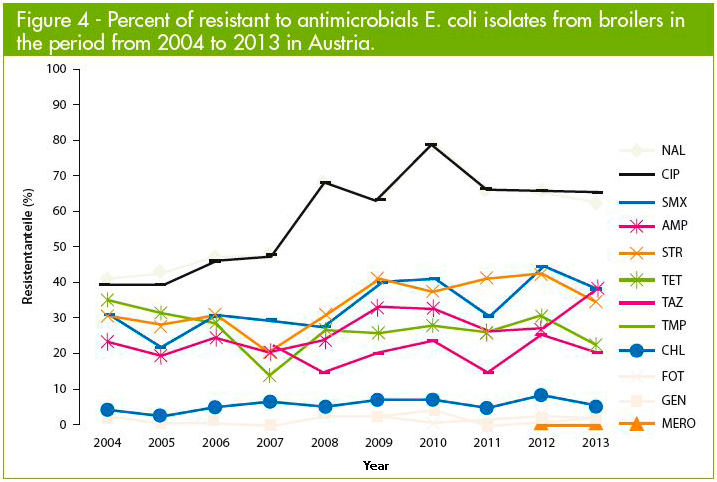 Antibiotics are very valuable substances and it is important to preserve their activity for the future. This means that they should be used wisely for the treatment of diseases. Knowledge about the presence of antibiotic resistances, understanding of the transfer of bacteria genes as well as understanding of the spread of resistant bacteria and as a result possible reduction of resistant bacteria may lead to the actions that to a certain extent reduce the problem of antibiotic resistance.

To read more articles from the latest issue of All About Feed, log in or register here.

Prevention is better than cure