150 dairy farmers with a total of 20,000 cows are gaining experience with DSM’s feed additive, Bovaer, which reduces methane emissions from cows by 30%. For livestock farmers, it should provide a revenue model for CO2 reduction.

In February 2022, Bovaer was approved for use in European dairy farming. For DSM, FrieslandCampina and Agrifirm, that marked the start of a large-scale pilot with Bovaer on Dutch dairy farms.

“We are testing Bovaer with 150 members with a total of 20,000 cows. The pilot will run until March 2023,” says Jan Dirk van Mourik of FrieslandCampina. “Reducing methane emissions is the fastest way to combat global warming. The demand for food with a lower CO2 footprint from business-to-business such as Danone or Nestlé is also growing. We can supply milk to these companies from dairy farmers who feed Bovaer to their cows. The profit for us and for dairy farmers lies in developing strong brands with added value. We are working towards rewarding dairy farmers who reduce greenhouse gas emissions.”

HOW DOES BOVAER REDUCE METHANE EMISSIONS?
Bovaer is a feed additive for cows and other ruminants and the brand name of the active ingredient 3-NOP (3-nitrooxypropanol). When fibre-rich roughage is digested in the rumen, hydrogen gas and CO2 are created. Micro-organisms convert this into methane gas and a cow exhales it. Bovaer blocks an enzyme involved in methane formation in the rumen and thus reduces emissions. Bovaer does not affect rumen microbes that do not have these enzymes and do not produce methane. Adding Bovaer daily directly reduces the methane emissions from the cow. The cow breaks down Bovaer in the digestive tract into compounds that are already naturally present in it. “Our numerous studies with Bovaer have not found any negative effects on cow health, milk production, milk quality or the composition of the manure,” says Dennis Rijnders from DSM. “Tests with dairy or beef end products also show no negative effects on public health.”

According to Dennis Rijnders of food and health company DSM, the pilot in the Netherlands is by far the largest practical application in dairy to date. “But this initiative does not stand alone. There are also trials with Cono and pilots in other countries for the development of CO2-neutral dairy. Such as with Bel Group in Slovakia and France. In Flanders, dairy farmers already use Bovaer as part of the Actimel Carbon Neutral approach for the sale of CO2-neutral drinking yogurt.”

In Finland, dairy companies Valio and A-Rehu, a subsidiary of meat concern Atria, are also conducting a trial of feeding Bovaer to dairy cows. Some 30% of the beef processed by Atria comes from dairy cows. This reduces the CO2 footprint of both dairy and beef.

So far, Bovaer’s European approval only applies to dairy cows. “We also expect EFSA approval for feeding Bovaer to beef cattle in the coming years. Beef cattle feed trials are underway with Bovaer in Canada and Brazil on a large commercial JBS Beef Feedlot and on various Australian Beef feedlots,” says Rijnders, adding that DSM also works with supermarket chain Coles in Australia. “In partnership with Mort & Co Grassdale Feedlot in Queensland, a scientific trial is underway with feeding Bovaer to 9,800 beef cattle. The Australian red meat industry aims to be carbon-neutral by 2030. We are happy to contribute to that.”

Bovaer towards a practical application

More than 10 years of development preceded the approval of Bovaer in the EU. Bovaer has been tested in 15 countries on 4 continents on cattle and dairy farms with a variety of feeding systems. In 56 studies, a consistent 30% reduction of methane from the cow was observed. Some studies even noted up to 80% reduction. Bovaer has also been tested on the Dairy Campus

with 64 dairy cows. This resulted in a reduction of methane emissions of 27-40% per kilo of dry matter in the feed, depending on the ration and dosage of Bovaer.

The new large-scale pilot is testing Bovaer’s performance in practice. To this end, Agrifirm has recruited 150 dairy farmers from FrieslandCampina. “The participating companies differ in the number of cows and rations, from a lot of grass to a lot of maize,” says Matthijs Spithoven of Agrifirm. “They are often progressive dairy farmers with an interest in innovations and who also see opportunities in the future.”

…cow needs a quarter teaspoon to achieve a 30% methane reduction.

Agrifirm mixed Bovaer in a mineral mixture (Bovaer10) for use in a mixed basic ration. “That works practically, and all animals receive the same dose,” says Spithoven. A Dutch cow needs a quarter teaspoon to achieve a 30% methane reduction. That is 1.2 g per cow per day. “In order to be able to add this small amount to the mixer wagon, the product was diluted and then added to our mineral mixture. 150 g of the mineral mixture per cow per day is needed for the desired effect.”

Bovaer has more effect on the methane reduction with a higher dosage and with more maize in a ration.”

The partners did not hesitate to participate in the Bovaer pilot. “Feeding a mineral mixture with Bovaer is a super simple measure to reduce methane emissions and CO2. So why not participate to contribute to a better climate?” says dairy farmer Lars, who also works as an animal feed advisor at Agrifirm. “Bovaer has a scientifically proven effect on reducing methane emissions. It has been extensively tested and is also safe for humans and animals,” he added.

In August, the partners received a new mineral mixture from Agrifirm, to which Bovaer10 was added. “We will be feeding the mixture in our basic ration with 65% maize and 35% grass and protein meal until the end of this year. It is hardly any extra work. We had to go from 100 to 150 g per cow per day. That is a bit more expensive, but the pilot pays for that, and extra minerals are good for cow health.”

The young entrepreneur from Brabant states that it is important to move along in the development of sustainable milk flows. “If FrieslandCampina can improve the value of milk in the international market through our efforts, that will also be good for dairy farmers in the Netherlands. Producing CO2-neutral dairy is an important spearhead.”

He also finds feed solutions for reducing greenhouse gases much better than investing in low-emission floors. “The functioning of these floors is under serious discussion, while Bovaer has been proven effective and is also a much cheaper measure,” says Lars Van den Nieuwenhof, who is also very curious about the results of the pilot and the revenue model for their company.

Global soy trade is a major source of greenhouse gas emissions for various reasons. The main one being the conversion of natural areas into arable land through deforestation. Deforestation of nature areas for agriculture is a global issue. Thus on the agenda of large multinationals, (national) governments, NGOs and banks. Here we highlight the latest regulations, policies and developments in sustainable soy.

In the pilot, the initiators predict the methane reduction on the 150 dairy farms of the participants using a formula. “It is based on a new meta-analysis by a group of scientists from all of DSM’s worldwide trials with dairy cows. It includes many variables that influence methane emissions, such as the degree of fibre and fat in the ration, the dosage of Bovaer and the composition of the ration. Bovaer always lowers the methane production in every ration. The effect is larger if, for example, there is a lot of maize in the ration,” says Rijnders.

FrieslandCampina, Agrifirm and DSM collect data from the participants every month, such as ration data, milk production and animal health data, and calculate the CO2 reduction. “Our goal is to arrange the use and traceability of Bovaer through practical experience in preparation for sector-wide application,” says Rijnders.

The use of Bovaer costs 1 cent per litre of milk extra. “We are making every effort to develop a revenue model for livestock farmers through dairy with added margin,” says Van Mourik. “We are currently working on including the formula in the KringloopWijzer from 2023. If you can calculate the CO2 reduction with a reliable formula, you can also reward the degree of CO2 reduction.” 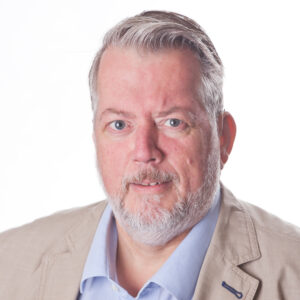 Robert Bodde Editor in chief dairy and pigs at Boerderij