Who set up your software? 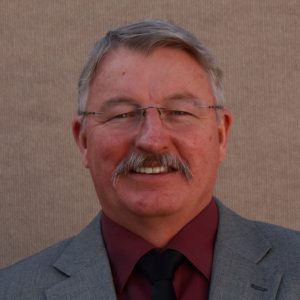 Over the course of doing mill evaluations, we delved into several feedmill software set-ups. There are seemingly minor issues that are costing the mill a lot of time and tons.

Across several mills, we observed the following items

Assume the mill is doing dairy feeds. Extremely long formulations. Some that were examined had 37 ingredients. The software was set up to dose 95% of an ingredient, settle the scale, then jog the augers to hit the final target weight. Textbook operations, right? Put the stopwatch on it or in some systems, it will give you the timing on the screen. In this case, 15 seconds to settle the scale but the weight never moved. In total it took nearly 7 minutes to batch the feed. This is defined as opportunity to gain time.

How much time is adequate for the dry mix portion of the ration? In this case, 2.5 minutes? Was this adequate or overdone? How will you find out?

Liquid application started LATE, then took too long. Apparently the pump has to “warm up” to the molasses (for this ration). We’ve seen this before. Formulations change, nutritionist adds more and more liquid to the rations. The pump that was the right size is now too small.

Every gate moved slowly. Air pressure issues? Oversized gates and small cylinders? It takes time to check this equipment thoroughly. In one example, we learned that it took 16 seconds to get a gate completely open, then pause before closing. This makes a mixer or batching bin above the mixer dump very slowly.

One major scale consistently showed -30 to -40 lbs when empty. But it did not zero out before starting to fill. Not only were the truck weights coming back too high but it also made the ration deviate. How much? Depends. Which ingredient did you put in first? In this example, the answer was outside! A nice shiny, huge dust collection system had just been installed. Was the venting on the scale equipment adjusted for the change in air pressure? Apparently not.

Complacency costs you money and time

The list could go on and on. These are not bad mills. The crews thought they were doing a good job. There were just things that had become so common that they were accepted. Complacency costs you money and time. Whatever else you do, have a good solid discussion with the software reps. Make sure they understand your situation and help provide the cures.

Recognise the problem and fix it

Rather than placing blame, recognise that we’ve got a problem and fix it. First you have to check the system for what you think are slow actions. Reset the timing. In most cases, this can be done in the administrative side of the programme. DO NOT allow every operator access to these functions. Then QA must check the feed to be certain that you did not affect quality. As you can see, this is a ongoing process. In extreme cases, the software company will have to get involved. Cheap? No. But if you want results, do it right.

Feed mills: A note to integrators

Should non-assured growers have access to UK feed mills

Must know facts about feed microsystems