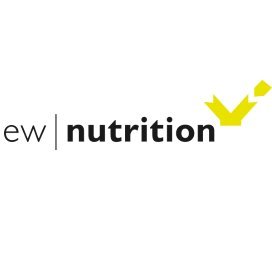 Feed spoilage is a significant issue for the feed industry, leading to loss of nutrients, feed waste, and substantial economic issues for feed and animal producers worldwide. Fungal growth is one of the main causes of feed spoilage; it can occur at any stage of the feed production chain, including grain pre- and post-harvest processes, during feed production or storage. Organic acids and their salts are globally used in animal nutrition for microbial preservation and supporting animal health.

The threat of moulds and yeasts in animal feed

Yeasts and moulds can have both positive and negative effects on products consumed by animals and humans. On the one hand, yeasts are used to produce fermented products, such as bread, wine, and beer. On the other hand, yeasts and moulds promote the spoilage of raw materials, food, and feeds. Moulds are among the most potent food and feed spoilers. They can be very resilient to environmental stress, which is a concern in climate change scenarios) and enables them to withstand feed preservation measures.

Several hundred species of moulds and yeasts can invade a large variety of raw materials and feeds. They show an easy adaptation to different environments; for instance, they can grow and reproduce in media with pH levels ranging from 2 to above 9. However, the majority of yeasts and moulds require free oxygen to grow and thrive.

Excess moisture, high water activity, and high temperatures in feedstuffs are the main mould growth factors that concern the feed industry. At storage, grains’ moisture content should not exceed 13%, and the water activity of raw materials, feedstuffs, and finished feed should be maintained below 0.8. Controlling these points contributes to preventing the growth of most pathogens and undesirable microorganisms.

The microbiology of moulds and how they affect the feed

The microbial growth dynamic of grain storage depends on several factors, including the harvest season, grain temperature and moisture content, as well as the type of facility and its environment. For instance, in some areas, grains are harvested at the beginning of the cold season and stored through the following warm season. Storage moulds constitute a significant threat to the quality of these raw materials, especially during the warm months, when the stored grains may become hotter than the surrounding environment. This leads to condensation, which increases moisture and water activity. Moulds easily thrive in these conditions.

Storage moulds reduce the nutritional and commercial value of grains and feeds. For grains, their commercial value decreases when the appearance of kernels changes in a manner recognised by the grain industry as kernel damage. The chemical composition of feeds may deteriorate due to enzymatic actions, resulting in a loss of nutrients (energy, vitamins) and the production of free fatty acids and other unwanted by-products.

Extensive research has established the factors that influence mould-induced deterioration during grain storage and which management strategies are required:

The consequences of storage deterioration include:

Moulds and mycotoxins: A toxic relationship for animal health

Beyond their negative impact on feed quality, some fungal genera such as Aspergillus, Penicillium, Alternaria, and Fusarium can produce secondary metabolites that have toxic effects on humans and animals and are therefore named mycotoxins. The latest is of great importance as roughly 60% of raw materials produced for agriculture purposes worldwide are estimated to be contaminated by fungi and mycotoxins. Mycotoxins exert their effects as can induce toxic, carcinogenic, and mutagenic reactions even at a low concentration and their presence in the final feed is a sign of alert as usually, these metabolites are resistant to technological treatments. Thus, the importance to avoid them entering the feed production chain.

It is crucial to reduce the feed losses and improve animal health by controlling fungal contamination at all stages of the feed production chain: from pre-harvest strategies on the field to post-harvest management during storage and even at feed processing. Throughout these processes, producers can apply different management practices. For instance, in field crops, fungal growth can be prevented through crop rotation and tillage; the use of fungicides is a later measure when mould presence exceeds critical levels.

Post-harvest management of grains and their by-products includes drying and storage management through moisture and temperature monitoring and aeration programmes. Other spoilage-prevention measures include good hygiene practices and thermal treatments in feed production. However, feed producers and farmers face limitations in applying and linking such measures to tackle the occurrence of these undesirable pathogens.

Certain organic acids, such as propionic, sorbic, benzoic, and acetic acids, have proven effective in preventing mould growth and feed spoilage. These organic acids are used globally now, not only for improving animal nutrition but also for supporting animal health.

Pro-Stabil BSL is a product that harnesses the feed preservation effects of organic acids and combines them with surfactants. This means that it can offer a strong yeast and mould inhibition while maintaining the moisture in feed, thus reducing the risk of microbial challenges while prolonging the shelf life of feedstuffs and compound feeds.

» Improved moisture dispersion in the feed

» Improved anti-mould agent dispersion in the feed and grain

Trial results show a significant decrease in mould growth when Prostabil BSL was added to compound feed. In addition, when moisture was added at 2%, moisture from the environment was also observed, but the mould counts still decreased (Figure 1).

Figure 1 – Effects of Pro-Stabil BSL with addition of 2 % moisture on feed quality indicators.

When adding Pro-Stabil BSL to animal feed, the following benefits can be expected:

Mould growth can lead to sensory defects in feed and reduce its nutritional value. It can also harm animals through the production of mycotoxins. Pro-Stabil BSL offers a safe solution that is also easy to handle. Using the preservative properties of organic acids, Pro-Stabil BSL helps to reduce feed spoilage and its associated effects on animal health and performance.

Use this link to find out more about Pro-Stabil BSL

LPS: The most potent single inducer of inflammation